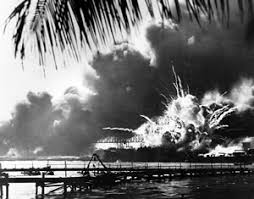 America remembers 9/11. It remembers well the shock, horror and confusion. It was followed by the sounds of battle. “The war on terror! The Fourth World War!” Amid apocalyptic gloom, President George W. Bush said, “We are in a conflict between good and evil! There are only two defenders: the Lord God and I!” (Bush made these remarks to the public and the army at the time.)*

America well remembers everything that followed: the Iraq war, Afghanistan, the chaos in the Middle East, out which the Islamic State was born, and a military campaign that became increasingly bogged down. The inglorious withdrawal from Iraq. The even more inglorious flight from Afghanistan, which arrived just in time for the 20th anniversary of America’s national tragedy.

A considerable number of books about 9/11 have emerged over the last 20 years, bringing with them many questions and an even greater number of conspiracy theories. These theories, though, have provided slivers of truth about what really happened. Of course, even so, this will not change either the party line or the mournfully tense expressions of government officials, nor the mood of American media commentators. Everyone here understands the rules of the game perfectly. And they perfectly see the bold red line drawn, beyond which no one can go.

You can drag the neoconservatives by the ears as much as you want, throw mud at then-Defense Secretary Donald Rumsfeld, laugh at his deputy, Paul Wolfowitz, and criticize Bush. Yet, no one will ask why the neocons commented on a 21st century Pearl Harbor in their official reports, which they asserted would surely occur if America didn’t “wake up” from its liberal dream and conquer the world, a year before 9/11 actually happened. No one is allowed to participate in the public debate (unless, of course, you want to end your career immediately), no one is allowed to ask such questions, even in your own home.

Nevertheless, here are the facts. The neoconservative Project for the New American Century’s report, “Rebuilding America’s Defenses: Strategies, Forces And Resources For A New Century,” was placed on Bill Clinton’s desk at the end of 2000. And by December 2001, the authors of the report were pulling on the strings of American power. But alas, even if you were the hero Siegfried, ready to fight the dragon, you wouldn’t have even had a chance to take any steps to deal with the danger. Even the President Donald Trump, who, as a candidate, threatened to declassify the documents related to 9/11, forgot about this after he was elected. It’s likely that he was advised about what he had power to do as president and what he did not.

Yes, such things are impossible to do in America. They’re completely banned — at least under the current dictatorship, anyway. Perestroika, glasnost and revolution are still to come. Maybe someday … but definitely not today. Yes, that’s right. Documents about the Pearl Harbor of the 20th century were published long ago. Details about this large-scale provocation by the Franklin D. Roosevelt administration have long been known. For instance, the aim was to involve America in a world war. The impossible ultimatum presented to the Japanese was inevitably going to be followed by an attack. Roosevelt knew the day and hour of the attack from radio intercepts, but did nothing to save the lives of thousands of American sailors. They were sacrificed to those who needed to get America involved in a world war.

But despite the fact that all this is well known today, Americans still harbor a myth about World War II. The brains of American schoolchildren and ordinary people are still being poisoned by TV and newspapers with nonsense about the insidious, unprovoked attack by the Japanese military.

Sixty years later, the same wonderful people needed a Pearl Harbor 2.0; they needed the “fourth world war,” Middle East chaos, the Islamic State group, Afghanistan. That is why there was a puppet like Roosevelt in the White House at the end of 2000. Unlike Roosevelt, who was completely paralyzed, Bush at least did not have to be wheeled around the White House from the bedroom to the microphone, and he could repeat what was poured into him by the flocks of advisers and just wave his hands.

Most normal people do not take this conspiracy theory seriously because of one main question: How could America arrange such a horrible event for its own country? How could it destroy so many of its own, innocent citizens? How, finally, even if it did plan the event, could it be sure that the plans would never be leaked to the public? Indeed, it seems impossible. No, it’s simply impossible. More precisely, it would have been impossible if we did not know what kind of people were in power at that time.

We are not able to elaborate on the most interesting history of the neocons. Let’s just say that these guys, Max Shachtman and Irving Kristol, who came from the Fourth Trotskyist International, at the end of 1939, began to dramatically change their ultra-left orientation. Having lost faith in the Soviet Union as the flagship of the world revolution, they decided to go in a different direction, They chose to find power in the United States, the largest capitalist country in the world. Then, with their help, America would conquer the world.

At the end of the turbulent 1960s, being courted by the CIA and the Federal Reserve’s banking houses, this team stuck to the left wing of the Democratic Party. In the 1970s, having already turned to the far-right hawks, they waged a powerful campaign against the policy of detente and brought the first round of sanctions war against the Soviet Union (the Jackson amendment). In 1979, they helped the ultraconservative Ronald Reagan come to power and launched a large-scale psychological war against the Soviet Union. This activated the Soviet dissidents and the liberal cohort within the Central Committee apparatus. And after the fall of the Soviet Union, as part of the George W. Bush administration (which included Dick Cheney and Wolfowitz), they designed and implemented the war against Iraq.

According to neocon guru and political philosopher Leo Strauss, the elite, bound by strict discipline and ideology, would be best to rule the country, and ideally the world, and everything else. Essentially, the subjects would turn into sheep guided by the principle of “noble lies.” In other words, it would be necessary to keep the democratic herd in order by the threat of war, by creating an image of the enemy and by total lies. Moreover, apocalyptic fears and eschatological myths would be most appropriate for this approach.

Americans remember well that myths about the “end of the world,” the millennium and military adventures (primarily the first and second Iraq wars), densely illustrated with biblical stories, that created the atmosphere of those years. This scene was well complemented by the purely apocalyptic ideology of the Islamic State group, which calls all Muslims to the “last battle of good and evil” even more convincingly than George W. Bush did. (The role of the neocons in the formation of this totalitarian sect requires, of course, a separate study.)

When we began to learn all of this, it was not difficult to figure out how could the American authorities arrange such a thing. And why they seemed so sure of themselves. Or why they so openly dismiss the evidence exposing their total lie. It’s because any doubt about Osama bin Laden’s crimes will inevitably lead to the collapse of the entire American system of power. Here is an indulgence they fixed themselves.

It may seem that the neocons are absent from American politics today. But it only seems that way. The Trump revolution almost exiled them from the Republican Party. But their think tanks, centers and foundations are at work. And their ideology does not distinguish between Republicans and Democrats; both parties are just carriers of this virus. It is enough to look at today’s Democrats to understand the obvious: The ideology of the neocons has already nearly become the ideology of the entire American elite.

This is the reality we are forced to contend with. The dictatorship of totalitarian democracy is today’s American dream And we should always keep this in mind when dealing with our American partners.

*Editor’s Note: The second sentence of this quotation, accurately translated, could not be verified.