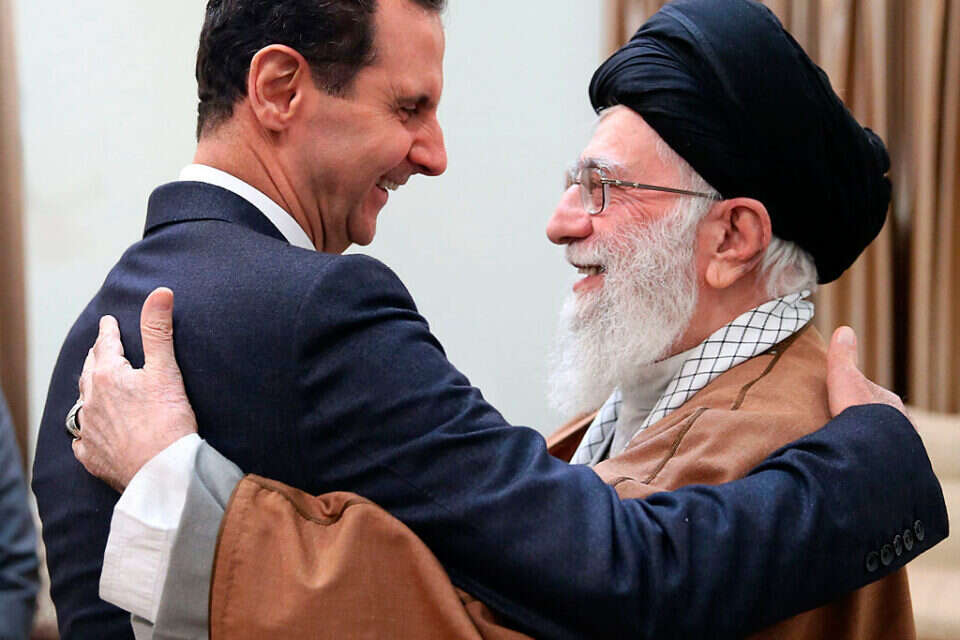 Assad celebrated a happy birthday. Having survived and kept his throne as thousands were slaughtered, even the U.S. recognizes his victory and is willing to make deals with him like before.

Bashar Assad had good reasons to celebrate his birthday over the weekend on Sept. 11. After they threw up their hands in Afghanistan and retreated two decades after the attacks on the twin towers, the Americans waved the white flag in Syria, leaving it in the hands of Assad and his buddies.

However, the Taliban’s rise to power in Afghanistan and the renewal of the Islamic State are not good news for the Syrian president, because they are likely to encourage and inspire Islamist groups who are at war with him. But such is America’s failure; despite the Afghan fiasco, it did not waver in its determination to retreat, to fold up the flag and dance with the enemy.

In the shadow of the deep economic crisis that entangles Lebanon, and in light of the serious oil and gas shortage that is complicating life in the capital, Sayyed Hassan Nasrallah together with allies in Tehran, conducted an outstanding public relations effort. The Iranians, with Hezbollah’s assistance, will send oil to Lebanon. In doing so, they will show everyone who is really helping Lebanon in its time of trouble. Iran will help Hezbollah and succeed in establishing another foothold in an area to the north of Israel. Nasrallah even took the trouble to warn Israel that if it harms Iranian boats, it will be viewed as an attack on Lebanese soil and Iran will react accordingly, and it appears these words fell on attentive and slightly horrified Israeli ears.

So in recent weeks, the Americans have concocted a deal meant to help their allies in Lebanon escape the trap that the Hezbollah leader set for them. But instead of showing leadership and determination to stop Iran, the Americans chose a winding road that led them straight into Assad’s arms. The U.S. suggested that Jordan and Egypt will supply gas to Lebanon and also connect Lebanon to their electric grid. That would ease the hardship that exists in Lebanon and, crucially, make it possible for the Lebanese government to reject Iran’s offer to help for now. Lebanese politicians, who are useless and corrupt but aware of the damage that American sanctions are likely to cause their businesses, have jumped at the idea.

The problem is that the road from Egypt and Jordan to Lebanon goes through Syria, so this agreement cannot succeed without Assad’s blessing. Assad happily agreed in exchange for clarifications from the U.S. that Washington will not oppose his government in Syria, and that Washington intends to withdraw all American forces from the country as soon as possible. In doing so, by the way, it will be abandoning its allies, the Kurds, in northern Syria, who helped the U.S. fight the Islamic State group. This would leave the Kurds at Syria’s mercy. The Americans, it seems, are determined to prove that they have no friends, only interests; as interests take over, friendship evaporates.

So Assad can celebrate a happy birthday. Not only did he survive and keep his throne after a bloody war in which hundreds of thousands of his opponents were slaughtered, some with gas, but even the Americans recognize his victory and are ready to return and do business with him as before. In Washington and in Israel, they may hope that the post-war Assad is a new Assad, more attentive and careful, someone who will be willing to make deals such as American support in exchange for getting Iran out of Syria. But this kind of hope is likely to blow up as it has in the past when confronted with reality. And in the meantime, until the gas and electricity start flowing from Jordan and Egypt, it was announced in Damascus that Syria is willing to help Iran transport the fuel through its territory to Lebanon. After all, why not dance at several weddings at once if you get the chance?

Professor Eyal Zisser is the vice rector of Tel Aviv University. He specializes in the modern history of Syria and Lebanon and the Israeli-Arab conflict. He is the author of 10 books and about 100 articles in his field. His latest book, “Syria: The Rise and Fall of the Syrian Revolution,” deals with the civil war in that country.