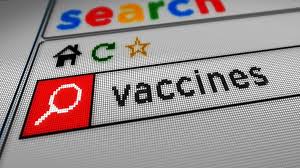 As the delta variant of COVID-19 spreads, wearing masks has again become obligatory at restaurants in Washington, D.C. That being said, there’s no problem at all with removing your mask while eating.

These sorts of regulations widely vary among cities. When I recently visited Dallas, Texas, I could enter businesses without a mask, even though masks are required due to the severity of the delta variant.

On the other hand, in the eastern city of New York, even small restaurants require you to show photo ID and proof of vaccination to eat inside.

Regulations are uneven because policies regarding the coronavirus are being entrusted to the judgment of each state and local government.

As a result, serious incidents have occurred, such as the incident this month when female tourists from Texas suddenly punched an employee several times in the face at a New York restaurant after they were asked to show proof of vaccination.

People who oppose getting a vaccine such as these tourists assert that mandating proof of vaccination infringes on individual rights. Many of them tend to be fervent supporters of former President Donald Trump.

One of my friends, a former high-ranking Republican official, shakes his head. “It’s the same as if they said they wouldn’t wear seatbelts in a car because they don’t want to be forced. It’s crazy.”