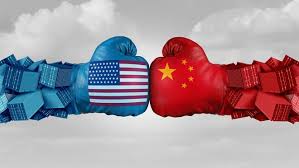 The White House holds a summit with leaders from Australia, India and Japan.

Those who expected Joe Biden’s arrival to presidency to mean a return to old diplomatic customs in Washington have collided with the reality of a White House less interested in cultivating an alliance with Europe than in containing the rise of China. This explains why, after the recent and bitter disputes with France and a small intervention at the United Nations General Assembly, Biden ended the week this Friday with the leaders of India, Japan and Australia in the Oval Office for the first in-person summit of the Quadrilateral Security Dialogue.

Upon welcoming them, Biden said that this group integrates “democratic associates with similar ideas, who share the same world vision and plans for the future, united to face the biggest challenges of this era, climate change, COVID-19, emerging technologies.”* Although the president didn’t say it, it remained clear that those challenges pass, in their majority, through China.

One of Biden’s first acts when he arrived at the White House in January was to accuse the Chinese regime of being responsible for “genocide” through the serious abuse of the human rights of religious minorities in the Xinjiang province. After, he made the very symbolic decision of convening the Quad, an informal strategic forum that is maintained through regular summits and forms the communist regime’s main geostrategic rival in the area. It was created in 2007 at the initiative of Japan.

It’s an important sign that the Quad’s first summit with Biden was in person. The American president keeps his face-to-face meetings to a minimum. At the U.N. General Assembly, his visit was lightning-fast and he refused to see those who are not Washington’s closest associates, including this Friday Boris Johnson, prime minister of the United Kingdom.

The meeting also comes after Biden outraged European associates, especially the French, through a new strategic military alliance with the United Kingdom and Australia. That pact, called AUKUS, implies that Australia will cancel a $65 billion deal to buy French diesel submarines, instead choosing to acquire nuclear-powered submarines from the U.S. Since Trump’s administration, there has been frustration in Washington over what both the previous government and this one perceive to be a lack of European action against the Chinese threat. The U.S. wanted its trans-Atlantic associates to take harsher and more concrete measures to stop the implementation of Chinese technology on the continent, especially the 5G networks, given that they are considered to possibly use spyware.

Biden seems set on dedicating as many resources as necessary to contain the threat that he perceives from China. Both the physical — the desire to expand into the Pacific — and the cyber, including the implementation of 5G technology across the planet. When he announced the withdrawal from Afghanistan, Biden said that his defense priorities have changed, including containing China. Yesterday, upon speaking about COVID-19 vaccines, he mentioned China again, to warn that the communist regime is already working on improving its electric cars and that the U.S. must get its act together.

According to the words of a American senior official before the summit, “China has increased tension with its neighbors” and also in Europe, entering into the informally known “Wolf warrior diplomacy,” a new aggressive style of diplomacy adopted by the Chinese under Xi Jinping’s administration.*

According to this official, who spoke anonymously, “upon starting his administration, the president indicated that he wanted to take this institution [the Quad] that is an informal meeting of the most important democracies in the Indo-Pacific, and basically lift it to a leadership level, and work together to build better communication lines, to strengthen cooperation and the cooperation habits between members.”*