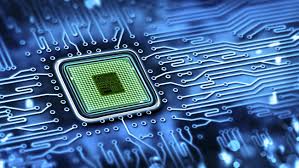 The U.S. Department of Commerce is demanding that semiconductor manufacturers across the globe, including the Taiwan Semiconductor Manufacturing Company and Samsung, hand over classified corporate information such as lists of customers and inventory amounts by Nov. 8. When the high and mighty U.S. orders everyone to hand over classified information, how can companies continue to play in the game?

As the COVID-19 pandemic paralyzes the global supply chain, the U.S. is complaining that chip supply is being restricted by TSMC and Samsung and thinks America should reclaim dominance in chip manufacturing. In fact, rumor has it that the U.S. government is going to substantially subsidize Intel. However, this order to hand over classified information is quite vicious and almost overbearing.

The South Korean government indicated it would protect Samsung and sent a group of manufacturers to the U.S. to talk. Officials in the U.S. have said that information is provided voluntarily by manufacturers and will not be publicly disclosed.

Of course it won’t be publicly disclosed — just privately shared with Intel. Obediently and considerately handing over information is bound to win Uncle Sam’s favor.

As the big boss, Uncle Sam wants to be No. 1 everywhere. TSMC has become a leader in chip manufacturing, which goes against America’s “America first” objective. The demand for information is the first step; what happens if manufactures don’t comply?

Precedent can help determine that. In April 2013, Frédéric Pierucci, a senior manager at the French company Alstom, was arrested in New York on charges of bribery in Indonesia in 2002. (A Frenchman committing bribery in Indonesia violates U.S. law?) The Justice Department would release him if he admitted guilt; otherwise, it threatened to hold him forever. Under the Foreign Corrupt Practices Act, Alstom was fined $772 million. General Electric later purchased Alstom’s power division, Pierucci served five years in prison and the case was closed.

For a long time, Alstom was a global leader in hydroelectric and nuclear power station equipment, as well as communication, transportation and energy. The U.S., displeased about this, took care of this global industrial giant.

In 1987, Japan’s dynamic random-access memory technology accounted for 80% of the market, and its semiconductor manufacturing exceeded that of America’s, supplying a large number of chips to the world. The U.S. accused Japan of stealing intellectual property and flooding the American market with goods, which created a trade deficit for the U.S. When Toshiba once sold precision machine tools to the Soviet Union, the U.S. punished the company. The CIA seized confidential technical documents from Toshiba, Toshiba’s chairman and general manager resigned and apologized to the U.S. and high-ranking officials were arrested and fined. After that, the semiconductor business of the one-time chip manufacturing giant continued to decline until Toshiba withdrew completely from the chip industry in 2018.

Pierucci said, “Whether Democrats or Republicans are in power, the U.S. uses any means to defend its position as a technological and economic leader.”

Huawei is a leader in the field of 5G technology, so of course the U.S. has tried to suppress it. When in transit in Vancouver, Huawei’s chief financial officer, Meng Wanzhou, was detained by Canadian police to await extradition to the U.S., where she would be tried. After three years of lawsuits back and forth, both parties came to an agreement: Meng confessed to giving false statements to HSBC, and the U.S. courts did not convict or punish her. She did not have to cooperate with the prosecutors and was allowed to leave the country. Within 14 months, the case was closed after no violation of the law was found.

The U.S. claimed victory because Meng admitted to making false statements to HSBC, expressing that Huawei respects and will go along with America’s embargo on Iran.

Although Huawei’s business was hit during this struggle, Meng never pleaded guilty. The U.S. eventually gave up extradition, and Meng flew back to Shenzhen. Compared to that of Toshiba and Alstom, Huawei’s outcome in all of this was stronger.

Huawei emerged unscathed because of one key factor: It had the complete support of Chinese authorities. When Deputy Secretary of State Wendy Sherman visited Tianjin, the Chinese gave her two lists of concerns, in one of which they requested Meng’s release. Uncle Sam complied. However, in the future, the U.S. will not stop suppressing Huawei.

The fate of Toshiba and Alstom is a readily available lesson. Those in power must support the people. But before they support them, they should stand straight and square their shoulders instead of kowtowing on the ground.

The author is a film director.