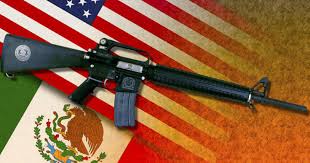 We need to talk about the shift in security strategy between the United States and Mexico. The shift from the Merida Initiative to the Bicentennial Framework has shown that previous efforts served the sole purpose of reducing the flow of drugs into the U.S., which has unleashed a cascade of increasing violence that continues to this day. For this reason, the focus of future cooperation between both governments should in defending Mexican women and men.

The new agreement is the Bicentennial Framework, made possible by the leadership of Chancellor Marcelo Ebrard. It does not focus only on the security concerns of both countries, although it does emphasize the use of “law and order” techniques and military intelligence against organized crime, with mutual respect for human rights. It is based on effective cooperation between the justice departments of both countries. The Framework goes further, establishing a strategy with a more holistic focus, including addressing issues of public health and social and economic development that affect the population’s quality of life.

Among the Framework’s primary objectives are, first, to protect the people through the creation of safer communities and better, sustainable health services. Then it seeks to reduce the exploitation of vulnerable persons by criminal groups through education and economic opportunities in order to address the root causes of violence, with respect for the human rights of the victims and their communities.

It also seeks to prevent or reduce drug abuse, improve support for drug addiction treatment and recovery and seek alternatives to imprisonment for such cases, while at the same time reducing the rates of homicide and violent crime. It is important to emphasize that this is the first time in history the United States has recognized that it is a consumer of the drug trade and that the violence in Mexico is fueled in large part by weapons coming from the U.S.

Another objective is to prevent cross-border crime, including stemming the flow of weapons, through which approximately 500,000 illegal weapons arrive in Mexico every year. According to the Global Peace Index 2020, insecurity and violence have caused the loss of 21.3% of Mexico’s gross domestic product. Data from the Office of Government Accountability estimates that between 70% and 90% of the weapons seized at crime scenes in Mexico were trafficked from the United States. Despite national, bilateral and multilateral efforts, the lack of effective means to combat international arms trafficking is having grave implications for Mexico’s national security. Furthermore, local action on the issue has included civil lawsuits against arms manufacturers, which firmly and respectfully defend the interests of the Mexican state, and which seek to force better business practices that will prevent illegal trafficking.

At the same time, it has become apparent that the seizure of arms coming in from the United States requires more urgent and ambitious efforts from both sides of our shared border. In 2020 alone, Mexican authorities confiscated 12,696 weapons, which represents approximately 15 times more arms than the U.S. Customs and Border Patrol and the Mexican Immigration and Customs Control confiscated, combined.

The consequences of this phenomenon that affects our country are apparent in the statistics: 72% of homicides are committed with firearms. In 1997, that number was only 15%. This represents an annual rate of killings of almost 25,000 per year. Between 17,500 and 22,500 were committed with firearms from the United States. Because of this, Mexico has proposed the creation of a bilateral task force to reinforce the agencies tasked with reducing trafficking. Along these lines, the central objective would be to significantly increase the number of seizures on both sides of the border.

Another objective is to hunt down criminal networks, and in doing so, to dismantle their illegal financing and reduce their capacity to benefit from illegal activity, both in the international environment and in cyberspace. This would include the exchange of information, identifying, freezing and confiscating assets of criminal actors involved in corrupt activities, and charging, arresting and extraditing key financial facilitators. Here, the Financial Intelligence Unit will play a major role.

The Bicentennial Framework seeks an alliance between both countries, not only for training purposes, as in the past. The new strategy seeks to address the structural causes of violence and to refocus on fighting organized crime through more effective strategies such as the use of intelligence to take apart the economic structures of organized crime, including money laundering and its associated crimes, such as corruption.