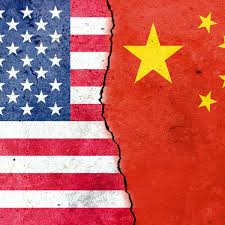 Tension is growing for the United States, although foreign policy has not changed much since Donald Trump was defeated by Joe Biden. Quite the contrary. Biden is going advancing a confrontational approach with China for world hegemony, while trying to keep Vladimir Putin’s Russia at bay. Hence the paramount importance of the virtual summit held yesterday between the U.S. president and Xi Jinping.

The two world leaders spoke for nearly three and a half hours and addressed a sensitive point on the agenda: Taiwan, which is a strategic ally of Washington and object of the Asian giant’s expansionist desire. Biden articulated the United States’ commitment to defend Taiwan against any possible Chinese invasion. Accordingly, the U.S. keeps soldiers on the island in the event of such an attack, making Biden the first U.S. president to adopt such a firm position in more than four decades. For his part, Xi was undaunted and warned that China would take “decisive measures” if it perceives Taiwan is crossing a red line, that is, if Taiwan officially declares independence.

It is true that Xi’s public image is not having its best moment. The hostility against Taiwan, the repression against Hong Kong activists, the human rights violations with respect to the Uighurs in Xinjiang, the hindered investigation of the origins of the pandemic and the fact that China has kept its borders closed since March 2020 have damaged Xi’s international standing. For that very reason he cannot allow himself to appear weak, so the tensions between the two powers remain the same as before the meeting.

Meanwhile, Putin has entered the fray by shooting a missile at one of his own old satellites in a demonstration of his ability to wage an attack in space. The debris in space generated by the impact put the crew of the International Space Station at risk — where, by the way, Russian astronauts are working at the moment. It’s clear that the geopolitical struggle is not even limited to Earth.

About Sergio Ferreras 36 Articles
Hi! My name is Sergio and I come from Spain. I am new here, but eager to start contributing and learning from the great people at Watching America!