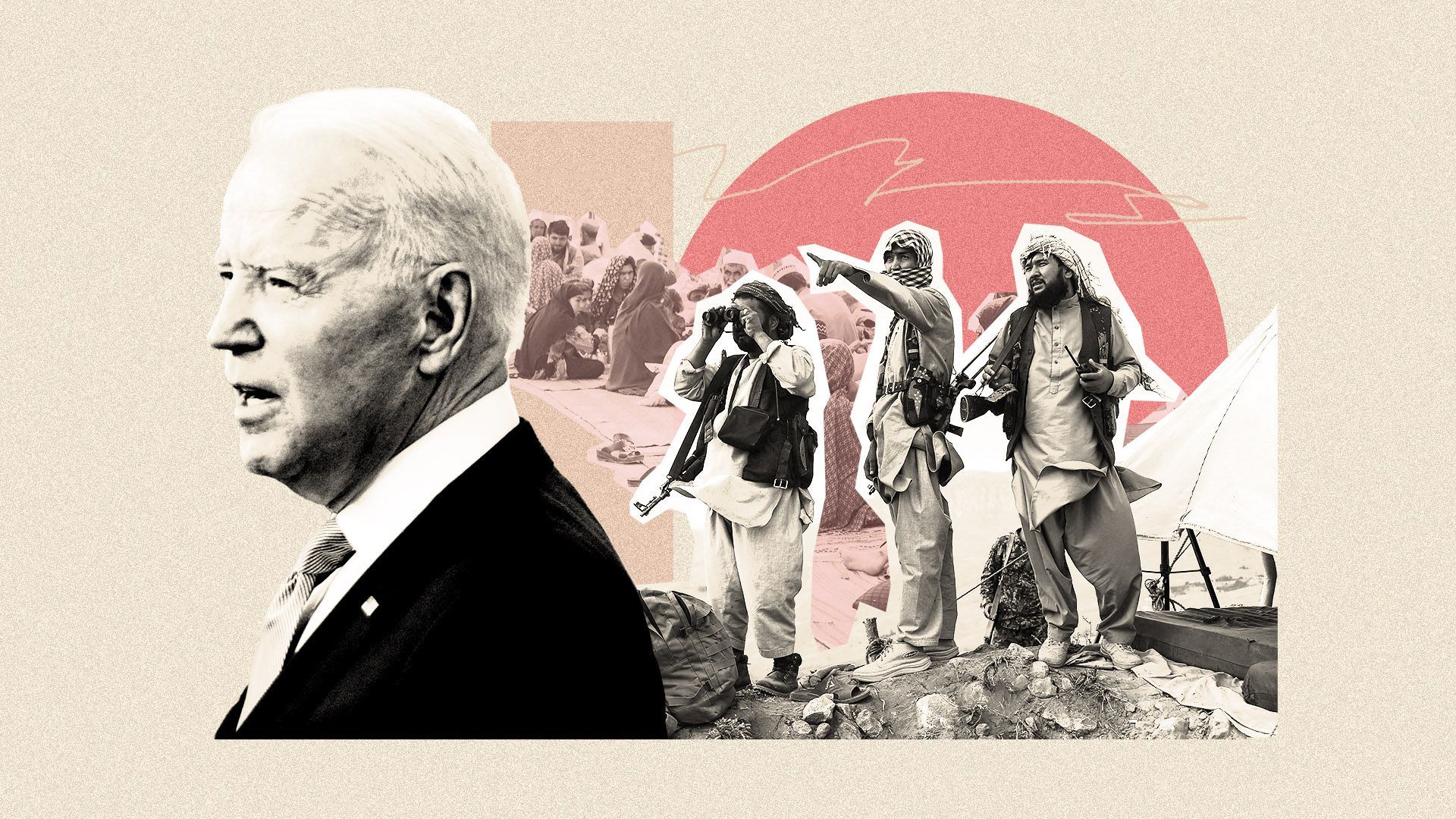 The pace of global developments has been so rapid, one could almost forget that the United States pulled its troops out of Afghanistan just last August. Yet, it might be useful to recall the state of chaos and confusion that dominated the U.S. Afghanistan withdrawal. If nothing else, it could help explain the ongoing encroachment on the United States by China, Russia and the Islamic Republic of Iran.

Iran believes that it can force its rise as a nuclear power on the international community as a fait accompli. The way Iran has handled the indirect talks with the United States in Vienna is a testament to this belief. Iran is seeking to impose its conditions on Joe Biden’s administration, especially after the Afghanistan withdrawal starkly laid bare the Biden administration’s indecision and disarray.

Russia is shrugging off any possible U.S. reaction to its military buildup on the border with Ukraine, while China believes that reclaiming Taiwan is simply a matter of time. In a nutshell, both China and Russia have realized they are dealing with a U.S. administration that shies away from trouble and is unwilling to show its claws anywhere in the world.

The Iran-led escalation across Yemen, Iraq, Syria and Lebanon is evidence that Iran is following the example of China and Russia. The Islamic Republic seemingly insists on separating its nuclear program from its extraterritorial activities. Iran won’t acknowledge that its unwavering position is a source of great concern for other countries in the region, including Israel, which is particularly uneasy about the prospects of Iran obtaining any nuclear weapon.

The Biden administration has refused to take on board the opinions of other countries in the region, especially the Arab Gulf countries. Those countries believe that Iran’s nuclear program is much less problematic than its expansionist project, which has made each Arab country in the Gulf region feel threatened one way or another.

It is crystal clear that Iran is pursuing a singular goal in negotiations with the United States and European countries over its nuclear program. All Iran wants is to have the maximum number of U.S. sanctions lifted in order to continue financing and pushing forward its expansionist project. The year 2022 will be pivotal in this regard. The first weeks of 2022 will reveal whether Iran has successfully negotiated its conditions and managed to separate its nuclear program — which it insists on pursuing — from the issue of its missiles, drones and sectarian militias, which have become tools of destruction aimed at specific countries.

Iran has turned part of Yemen into a missile base, which it uses as it pleases. Saudi Arabia certainly has plenty of evidence pointing to Iran’s direct or indirect involvement in attacks on Saudi territories, whether through the Islamic Revolutionary Guard Corps or Lebanon’s Hezbollah.

Indeed, Iran’s project in Yemen has faced significant hurdles in trying to seize the all-important city of Marib. Nevertheless, the Houthis have recently made breakthroughs in Shabwa Governorate, where their presence has contributed to tightening the siege on the city of Marib. Shabwa holds particular importance because it is rich in resources and serves as a bridge between northern and southern Yemen. Accordingly, regional powers with a stake in Yemen took measures to snatch Shabwa from the clutches of the Muslim Brothers and have the Giants Brigades defend it.

In Iraq, Iran is forcing a political stalemate to show that it has the first and final say in Baghdad. Iran regards the Iraqi elections as inconsequential; its allied Iraqi political parties lost the elections last October, yet the situation has remained the same. Despite pretending otherwise, Iran has maintained its position on the Iraqi elections and their outcome, even after the Supreme Federal Court ratified the election results.

Iran has also managed to impose a demographic change in Syria and displace as many Syrians as possible in its effort to change the very character of Syria. Meanwhile, there is no indication that the minority-led regime in Syria can escape the control of Iran, which has invested billions of dollars to keep the Assad regime afloat and subjugate Syria. It will take a miracle for Syria to return to what it used to be not so long ago, that is, before 1970 and the fateful events that saw Hafez Assad become the sole ruler of Syria and the Alawites establish a firm grip on the country’s foundation.

Similarly, Iran’s influence over Lebanon is indisputable. Lebanon recognizes Michel Aoun as its president, but the actual ruler is Hezbollah Secretary-General Hassan Nasrallah. Hezbollah decides who becomes Lebanon’s president, whether there will be a new cabinet, and whether such a cabinet is even allowed to convene. Even the Lebanese judiciary is now expected to follow the orders and whims of Hezbollah!

Iran has no plans to give up any of its cards. Quite the contrary, it is using those cards to strengthen its negotiating position against America and the Europeans. The year 2022 will reveal whether the Islamic Republic has the power to impose its conditions while the rest of the world, chiefly the United States, stands idly by and watches the eastern part of the Arab world disintegrate along with Yemen.

The year 2022 will be a decisive year for the Middle East and the Gulf region. It will be equally decisive for Iran and its expansionist project, which gained new momentum back in 2003 when the George W. Bush administration handed Iraq over to Tehran’s rulers.

In terms of dealing with China, Russia and Iran, much will depend on whether the Biden administration will remain bewildered, confused and lost, or whether it will ever manage to overcome its hang-up about Afghanistan and the way it left that country after a 20-year war.

Alternatively, one could rephrase the question like this: Will the Afghanistan hang-up continue to weigh on Washington during 2022? It probably will, unless Washington proves otherwise with action on the ground instead of the same polished rhetoric mastered by Biden administration officials.

About Dona Timani 6 Articles
Originally from Lebanon, Dona Timani is a freelance translator currently based in Istanbul, Turkey. She has over 12 years of experience monitoring, analyzing, and translating Arabic open-source material into English. She holds an MA in plastic arts and is currently studying data analytics and visualization.