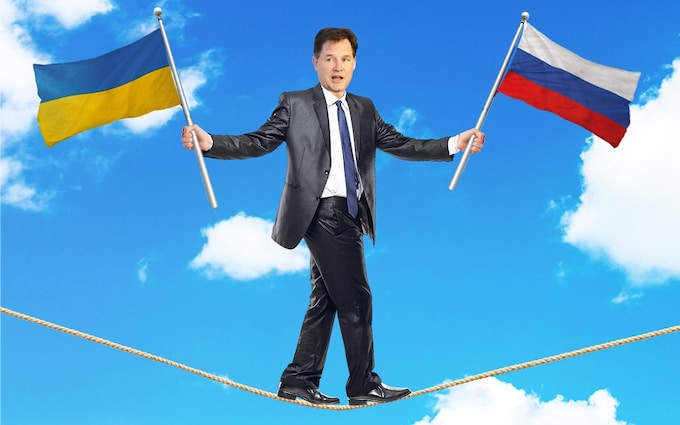 There is much for Mark Zuckerberg to talk about with users, investors and regulators: his social networks have been at the center of the information war against Russia, have restricted many Russian media outlets, have allowed violence against Russians, have been blocked in our country as a result and have been declared extremist.

However, he does not address any of this in his public speeches. He spoke briefly about the special operation as a Russian invasion of Ukraine: “It’s really tough to find the right words that really mean anything in a situation like this.” But that seems to be the end of his interest in what is happening. Now he only talks about the metaverse and his vision for the future of the Internet.

It seems that Zuckerberg does not plan to spend much time discussing political issues or his corporation’s actions in the current situation. He delegated these unpleasant duties to another top manager, former U.K. Deputy Prime Minister Nick Clegg, who received a big promotion at the digital company a month ago. Apparently, this was done on purpose so that Zuckerberg would no longer have to deal with the problems of the present, but instead focus on his utopian plans to create a wondrous new meta-world of the future.

We have seen these new roles played out publicly over the past three weeks. It was Clegg who was the face of all Facebook actions in Ukraine, regularly posting company policy updates on Twitter as the special operation unfolded. Zuckerberg remained silent the whole time.

By making Clegg the public face of company policy, Meta is effectively acknowledging that its other top executives no longer want that role and have not been as good at it lately. The negative public perception of Meta’s leaders has already taken its toll on the company’s reputation and earnings, especially after the scandal involving the disclosure of company documents by former employee Frances Haugen. Zuckerberg burned bridges with some critical entities, including legislators in the U.S. and Europe, so they had to nominate a new person. Now the company has someone who really likes doing politics — because that’s what he’s been doing all his life. Zuckerberg will continue to polish his image as an innovator and visionary without getting involved in unpleasant conversations and claims related to his corporation’s controversial activities.

It turns out, in fact, that the corporation is run by a man who is involved in big politics, has experience in this field and has a well-established point of view and relationship with the British and American governments.

Sir Nicholas William Peter Clegg has had a successful career in the British government. He represented the European Liberal Democrat and Reform Party on trade and industry in the European Parliament from 1999 to 2004, was later leader of the Liberal Democrats and served as deputy prime minister of the United Kingdom from 2010 to 2015. He has a warm relationship with former party colleagues, with former British Prime Minister David Cameron and with the EU (in addition, his wife is a member of the European Council on Foreign Affairs).

According to the media, Clegg has a close relationship with U.S. President Joe Biden. In December 2020, Clegg suggested that the future president join forces with Indian and European regulators to confront China, emphasize American leadership and strengthen and support an open internet. Meta got not only an experienced politician, but also an excellent lobbyist, capable of obtaining preferences for the company and reducing the negativity of regulators in both the EU and the United States.

The IT giant hired Clegg in 2018 to line up communications with high-level government officials and lobby for the company. This is the first time a U.S. tech company has hired such a high-ranking European politician. There was an obvious logic to this move: pressure from European regulators was growing tremendously and the era of non-interference by authorities in the affairs of internet giants was rapidly coming to an end. The company was also experiencing a series of crises at home, in particular because of the Cambridge Analytica scandal and the aftermath of the 2016 U.S. presidential election. With Clegg’s arrival, Meta gained an executive whose name was trustworthy, and who could bring credibility and a non-American worldview to the company’s leadership.

Another question is why Clegg needed the job. He had to move from Europe to work at Meta’s headquarters in Menlo Park, and he has to report to the CEO, who always has the final say in any important decisions. The politician seems to have been attracted precisely by the opportunity to bring order to the giant corporation and deal with the chaos surrounding it. It seems we can agree that after working for the government, it is quite difficult to find the same challenge in which a person can apply their professional qualities. From this point of view, working at Meta seems to be an ideal option for satisfying a politician’s ambitions.

In four years, Clegg has established himself as one of the corporation’s most influential executives, playing a central role in both its policy decisions and how it presents them to the public. Clegg has spent much of his time at Meta examining its policies regarding user speech on the company’s platforms. He oversaw the creation of Facebook’s review board, an independent panel of experts dedicated to reviewing some of the company’s controversial content moderation decisions. He was one of those behind Facebook’s decision to stop fact-checking political content: Clegg publicly explained this approach, stating that the company would not verify posts by politicians because their statements were deemed newsworthy.

Clegg was also instrumental in what may have been the most significant political decision Meta has ever made — removing Donald Trump from its platforms. It was Clegg’s idea to ask the board of supervisors to look into the matter. After months of discussion, the board, which operates independently but — ironically — is funded by Meta, agreed with the corporation’s decision, although it said that removing Trump indefinitely was beyond the scope of existing company policy. As a result, the term of expulsion was reduced to two years.

Clegg is now at the helm of the corporation, making decisions about its policies during the Russian special operation. When Volodymyr Zelenskyy sent letters to Zuckerberg and Chief Operating Officer Sheryl Sandberg, asking them to block state-supported Russian media and restrict Facebook and Instagram from operating in Russia, it was Clegg who sent the official response from Meta. He also made additions to the new policy, which allowed calls in several countries for violence against Russians and the heads of Russia and Belarus (later adjusted to only the Russian military and only in Ukraine).

Clegg’s political preferences are obvious and shaped by his past and exclusively Western thought paradigm. While Zuckerberg could be reproached for not paying enough attention to politics, building his empire over states and laws, Clegg, on the contrary, acts in the interests of American and European authorities. In fact, it was he who put the powerful weapon of the social network Meta, with a billion-strong audience, in the hands of those who wage an information war against Russia, abandoning the principles of neutrality and the priority of user safety. Could we expect any other behavior from a corporation that is now headed by an absolutely politically motivated person?