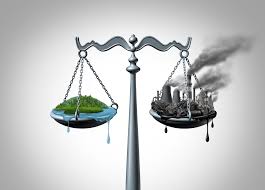 The deal involving a $740 billion package* for climate and social issues is a success for the U.S. president and the Democrats. However, the package still needs to overcome congressional hurdles.

The deal came at the last minute: for U.S. climate goals, which have been at risk of being ripped to pieces by Republicans and the conservative Supreme Court. For Democrats, who face potentially disastrous midterm election results in the fall. And for President Joe Biden, whose approval ratings are worse than those of the wannabe dictator Donald Trump.

It borders on a miracle that the Democrats appear to have unexpectedly put together a $740 billion package* for climate and social issues against a polarized backdrop. The bill would strongly support the transition to renewable energies, keep health insurance affordable and force tax avoiders such as Amazon to pay more tax.

However, the deal is only a partial victory as the bill still needs to overcome congressional hurdles. But it is a start. For the sake of U.S. democracy, it is important that politicians can demonstrate that they are doing something to improve the daily lives of their voters.

*Editor’s Note: The proposed Inflation Reduction Act is estimated to raise roughly $740 billion in revenues. It would allot $370 billion to fighting climate change.