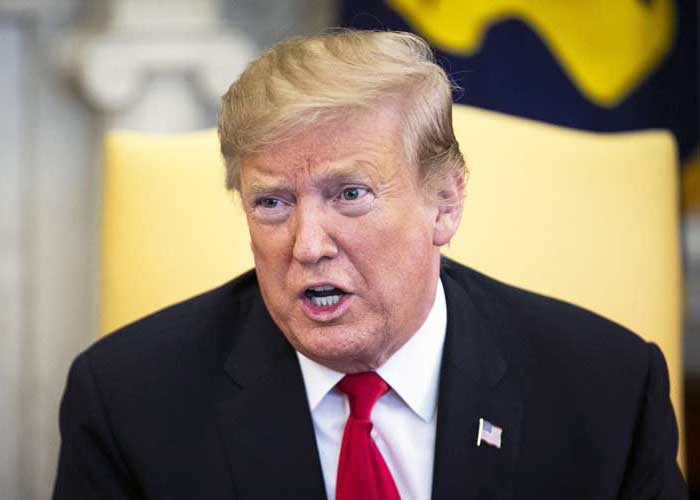 After more and more new scandals, Trump appears to have reached the end of the line. Nevertheless, one shouldn’t underestimate the former president of the U.S. A commentary.

From the experience of the last seven years, one thing is certain: If the former president of the U.S. lashes out against the state, the judiciary and the Democrats every hour, then something is up. Since Attorney General Merrick Garland appointed Jack Smith as special counsel, Donald Trump no longer acknowledges any taboo. In all seriousness, he called Smith a “political hit man.” That is rhetoric akin to the Baader-Meinhof Group.

Trump Is Afraid of Facing the Court

Trump’s choice of language is transparent: The man really is afraid of facing the judge. Admittedly, nothing has been decided yet, but there are many indications that this is the case. If it came to a trial, his following, which is already crumbling, would continue to wane. His presidential candidacy, which fizzled out early, could derail in good time.

One can easily imagine what would be in store for the U.S. after Trump’s inexcusable dinner with one of the most evil right-wing extremists, antisemites and Holocaust deniers: autocratic chaos undermining all accepted standards.

The Republicans Have Lost Their Moral Compass under Trump

If the Republicans were still an unscathed party with a moral compass, their leaders would eventually hit the brakes and unanimously declare Trump to be an unelectable non-person. But apart from the voices of the usual suspects, a fatal silence is dominating the Grand Old Party. Should Trump be defeated in a presidential election campaign set to begin in just over a year, there will be bitter consequences.

Trump isn’t someone who accepts defeat and steps down with dignity. He will mercilessly destroy the party that he has hijacked, and if necessary, once again with a violent mob like the Capitol attack on Jan. 6, 2021. This vindictiveness should already be deeply disturbing to the U.S.