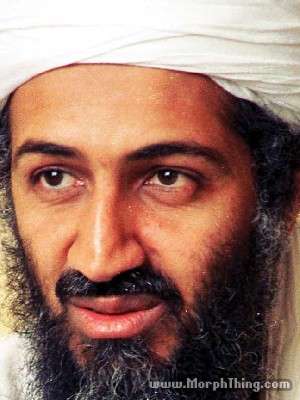 Afghanistan, Pakistan, Iraq and now Yemen and Somalia … the war against the jihadists continues to spread. Not only is it ineffective, but it plays into the extremists’ hands.

Barack Obama’s war against al-Qaida is taking on impressive proportions. Begun in Afghanistan, it was first propagated in the tribal regions of Pakistan and, more recently, in Yemen and Somalia, with some incursions into sub-Saharan Africa. These territories have several characteristics in common: They are Muslim, tribal and poor. Weighed down by cumbersome logistics, the Western armies are disadvantaged compared to tribal combatants, who are more lightly armed and disperse easily back into the civilian population.

As the example of a young Nigerian’s attempt to hijack an American airliner on December 25 suggests, al-Qaida is still a menace for the United States. It is equally evident that Barack Obama must wage war against these extremists. American popular opinion and his duty as commander in chief of the armies demand it.

But that is easier said than done. For numerous experts, al-Qaida’s strategy consists of exactly that – provoking Westerners so that they attack Muslim countries, to commit terrorist acts against them in order to drag them into wars that they cannot win. If this analysis is correct, September 11, 2001 was an enormous trap – the biggest of all, because it pushed the United States to intervene in Afghanistan and then in Iraq. These catastrophic campaigns, their material and human costs, triggered United States’ financial and moral failure. Far from weakening al-Qaida, each deadly raid on a village exacerbates anti-American sentiment and incites new recruits to join the ranks of this organization, particularly when there are civilian victims, which is always the case.

We can ask ourselves, in this condition, if the use of force is the best means of triumphing over a dangerous enemy, if the chances of victory are to be had by the deployment of additional troops in Afghanistan, by American Special Forces operations and by missile firepower. Should we not favor other solutions, economic and political, in order to isolate and neutralize al-Qaida combatants, whose number – only several hundred, according to specialists – is growing?

In such wars, two factors play a mobilizing role and contribute to pushing men towards extremism: first, the conviction that they must defend Islam against the aggression of “infidels;” second, their obedience to a tribal code that demands, among other things, vengeance for all external attacks. In Afghanistan and Pakistan, in Yemen and Somalia, traditions remain very potent. Loyalty to the tribe or clan takes precedence over nationalist sentiment. To seek to impose a Western model of society on such countries through the force of arms is thus doomed to defeat.

On the television station Al-Jazeera, Abou Bakr al-Kourbi, the Yemeni minister of foreign affairs, made it unequivocally known that his country did not want a foreign intervention, but that it needed economic aid and military materials. American aerial attacks destabilize and discredit the Yemeni government by making it look like Washington’s flunky. They produce the same effect in Pakistan.

According to Gregory Johnsen, Yemen specialist at the American university, Princeton, “The military strikes must come at the end of the process, when al-Qaida is isolated, cut off from the population, and when its rhetoric has been discredited, and not at the beginning of the process, while its members are still perceived as pious persons who are defending their faith.” We must guard ourselves against assuming all rigorous Muslims are members of al-Qaida. “If we want to widen the scope of the war and treat all these persons as a target by putting them in the same bag, we expose ourselves to an unending war, because we will be obliged to fight against far too many people in Yemen.” Before taking the offensive, the analyst concludes, the United States must define as precisely as possible who belongs to al-Qaida in the narrowest terms possible. His fundamental idea is that the military approach must be accompanied by development aid, because it is poverty, unemployment, governmental corruption and generalized hopelessness that pushes the young to take up arms against the United States and their allies.

International conferences are set to take place in London on January 28 to examine the situation in Afghanistan and Yemen. Without a doubt, the fight against terrorism will be at the heart of the debates. It would be perhaps wiser to give the priority to a political issue in these conflicts. In Afghanistan and Yemen, mediation by influential neighbors or by respected personalities, such as Lakhdar Brahimi, the former Algerian minister of foreign affairs, could help result in a cease-fire, which would create the conditions to resolve disputes.

President Obama’s war against al-Qaida is growing in strength, dragging the United States a little farther into a quagmire with each day. In Afghanistan as in Yemen, a political shock treatment is necessary, not a military shock treatment. It is of the utmost urgency that Obama change the image of the United States in the Muslim world such that it is no longer one of an enemy, but of a partner. Since he took power, one year ago, that was exactly what he had tried to do. But as with George W. Bush before him, he has fallen into al-Qaida’s trap.