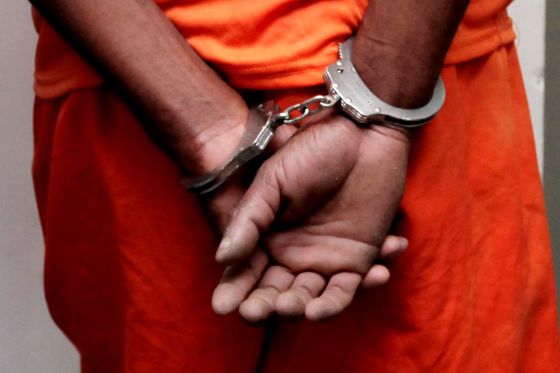 A Light for Brazilian Dungeons

The weekend, the United States is going to set free about 6,000 prisoners serving federal sentences for nonviolent drug offenses; it’s the largest release of prisoners in North American history. This move is a sign of the huge changes taking place in the country that has the highest number of incarcerated people in the world. Politicians from both parties, and even police chiefs, agree today that mass incarceration doesn’t enhance public security.

Brazil has the questionable reputation of being the country that is home to the fourth largest incarcerated population in the world. While the number of prisoners in the three countries occupying the top of this ranking has decreased since 2008, Brazil has gone in the opposite direction. The number of prisoners in the country has increased almost seven times in the last 25 years, today reaching more than 600,000 who are kept in facilities big enough for 377,000.

This explosive growth has led the prison system to collapse, turning the focus of prisons into violence, illness, corruption, and a place of serious human rights violations.

As well as some Brazilian politicians, many of their North American counterparts have spent decades defending harsher punishment as a solution to criminality. However, studies since 1958 have shown that locking up low-risk offenders with prisoners who have longer sentences is equivalent to sending newcomers to crime school. Their life options after prison are severely limited; their likelihood of recidivism is higher, and it is then difficult to break the cycle.

The release of these 6,000 prisoners is the consequence of new rules on punishment adopted last year by a high-level judiciary committee, which also suggested that the rules should be applied retroactively. Many more of the 100,000 people serving sentences in U.S. federal prisons for drug crimes may be released earlier over the next few years.

There is still a lot to be done in building a more worthy and effective justice system in the United States, where powerful forces are still opposed to the change.

Yet, through careful examination of the results of decades of criminal policies based on overly severe punishment — sometimes established because of political motivations – the U.S. will now save millions of dollars, improve how justice works, and return tens of thousands of citizens to society, without any indication that this will harm public security. The states of New Jersey, California and New York have already reduced their prisoner populations by about 25 percent in the last few years, without seeing an increase in criminality.

It is understandable that we Brazilians want to feel safe. Only last year, 58,000 people were murdered in the country — an increase of almost 4 percent over the previous year, which was already marked by enormous violence. However, the mass incarceration of people is unfair; it leads inevitably to human rights violations, and it is also counterproductive. It is not even killers who fill the prisons: Brazilian police solve only between five and eight percent of homicides, meaning that the risk of being arrested doesn’t stop criminality.

Some Brazilian politicians defend the privatization of prisons as a solution to the prison system crisis. This measure, however, would not solve the central problem of excessive and increasing incarceration. Instead, privatization adds “profit” to the mix, which could make changes even more difficult.

The North American solution has been to shorten long sentences for nonviolent crimes. Brazil sees other opportunities. More than 40 percent of Brazilian inmates are provisional prisoners. In clear violation of international standards, some of them wait up to two years to see a judge for the first time — and most are detained with convicted prisoners, including violent criminals.

Also in violation of international rights and Brazilian law, thousands of inmates who have already served their time are still in prison because of faults in the judicial system, including the shortage of public attorneys. Since 2008, judges who took part in the National Council of Justice have already released at least 45,000 people held in prison illegally.

A comprehensive plan to ensure an agile justice system for all prisoners would make a huge difference in reducing the prison population and improve conditions in the dangerous, overpopulated and unsanitary dungeons that are the prisons in this country. It would also be an important step toward ending crime schools and for Brazil to respect its obligations to human rights.