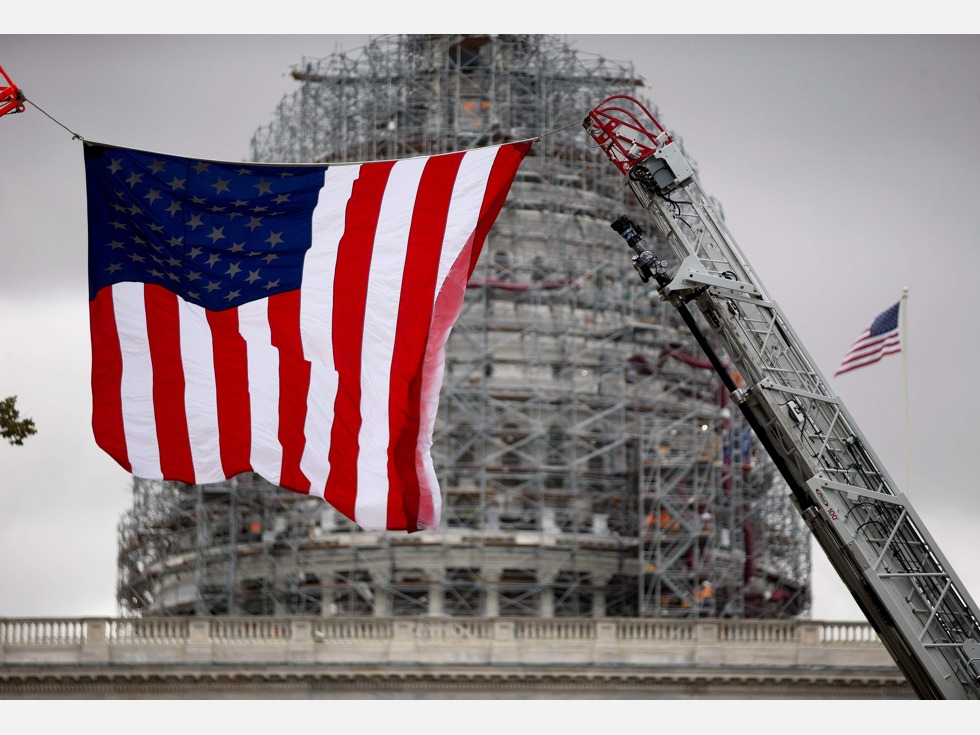 On March 16, 1968, in the Vietnamese province of Ngai, a unit of the U.S. Army entered the village of My Lai, supposedly to offer help. Within four short hours, members of the U.S. Army unit mercilessly murdered all of the unarmed and defenseless villagers, regardless of whether they were men, women or children. The American media at the time, however, was unwilling to report on the event. Photo: March 16, 1968. Vietnam. U.S. Army photographer Ronald L. Haeberle’s photo shows women and children massacred by American troops. (Source: Wikipedia, public domain)

Former U.S. Vice President Spiro Theodore Agnew once said, “The United States, for all its faults, is still the greatest nation in the country.” But America is facing an awkward human rights predicament. In early 2014, a rare snowstorm and bitter winter engulfed Chicago, leaving homeless citizens with an even greater daily struggle. Temporary shelters were overcrowded, and some homeless people were stranded on the streets. According to the temporary shelters, they struggled because the government did not offer them any assistance whatsoever. Photo: Sept. 23, 2015. Los Angeles, California. The number of homeless individuals has risen rapidly. (Source: Getty/VCG)

Women and children, as disadvantaged social groups in America, suffer even more. America is the only industrialized country without clear-cut legislation for full-pay maternity leave, and it is also the only nation that has not ratified the U.N. Convention on the Rights of the Child. Gun proliferation remains a problem across the country, while the threat these guns pose to children is an even greater issue. Photo: May 5, 2013. Houston, Texas. The National Rifle Association holding a children’s activity day. (Source: Getty/VCG)

According to statistics from the U.S. Gun Violence Archive, in 2015, shootings caused either the death or injury of 682 children under the age of 11 and 2,640 11 to 17-year-olds. According to an investigation by the American Pediatric Society, a quarter of all over-15-year-olds injured in shootings die as a result. Photo: The morning of Oct. 24, 2014. Seattle, Washington. A shooting at a senior secondary school. (Source: Reuters/VCG)

The U.S. holds a democratic election once every four years, but the election reflects the unfairness in their society. The main candidates in the 2016 U.S. general election all have political family backgrounds. According to The New York Times, a president’s son is 140 times more likely to become president than his peers, and these kinds of political family links intensify to the extent that ordinary people are unable to participate in what essentially a game reserved for the wealthy. Photo: Nov. 10, 2015. Milwaukee, Wisconsin. The ordinary citizen candidate for the Republican Party, Michael Petyo, stands outside the railings hoping to receive his permit to participate in the Republican debate. (Source: Reuters/VCG)

For the American electorate, not only is it hard to convey their desires, but their privacy is often violated as well. According to American media reports, the FBI exploits their own privilege to force Internet providers to make user data available without approval from the courts. Beyond violating the right to privacy of their own citizens, America still monitors governmental dignitaries from other countries, including Western European allies such as the U.K., France, Germany, etc. Photo: Oct. 28, 2013. The U.S. Embassy in Berlin, Germany. (Source: Getty/VCG)

The “defender of human rights” is responsible for many human rights violations. As race relations continue to worsen in America, minority groups are in a vulnerable position with no guarantee of rights. Photo: Aug. 25, 2014. St. Louis, Missouri. The funeral of young Michael Brown, an African American who was shot dead by a police officer. (Source: AFP/VCG)

On April 12, 2015, a police patrol in Baltimore came across Freddie Gray, an African American, who was detained for the possession of an illegal blade. While being transported by police, Gray sank into a coma, caused by spinal cord and throat injuries; he was taken to a trauma clinic, but ultimately died on April 19. According to eyewitnesses, the police used unnecessary force when arresting Gray. Photo: April 12, 2015. Gray is dragged into a police vehicle. (Source: CCTV screenshot)

Similar to Michael Brown’s death, the death of Freddie Gray lead to a series of sustained protests and disturbances. On April 25, in downtown Baltimore, a large-scale protest developed into rebellion. Photo: April 28, 2015. A protest in Baltimore. (Source: AFP/VCG)

Baltimore police later suspended the six officers involved in order to investigate Gray’s death. The investigation found that the blade Gray was carrying was in fact legal, and charges were brought against the six officers. Photo: May 2, 2015. Over 1,000 people gathered peacefully in Baltimore to celebrate the prosecution of the officers involved in the death of the young black man. (Source: Getty/VCG)

The issue of race has been a wound in American society for a long, long time. A wound as such is incredibly hard to heal, as its roots lie so deep in American history. Looking back at the history of the United States, the American people committed a genocide against the indigenous population; it is not difficult to understand why racial discrimination remains a problem today. Present-day Americans forgot the reasons for Thanksgiving Day long ago. This picture shows Puritan immigrants on the first Thanksgiving Day. With the guidance and help of the American Indians during their first year, the Puritan immigrants began to live more stably and prosperously in the New World. (Source: VCG)

The American people have already forgotten over 200 years of history, regardless of the fact that its large economy was built on the backs of slaves, and human rights issues remain as before. This picture, from Jan. 1, 1896, shows black slaves picking cotton on a plantation. (Source: Getty/VCG)

There is, in reality, a double standard for human rights in America. There is one standard for their own internal human rights issues, and another standard for the issues of other countries. Since the beginning of the ‘70s, the U.S. Department of State has submitted — and will indefinitely continue to submit — an annual report to Congress criticizing other countries over their human rights issues. Photo: Oct. 6, 2015. The commander of the Resolute Support Mission and U.S. Forces in Afghanistan, John Campbell, acknowledged that U.S. forces mistakenly bombed a hospital in the northern Afghan city of Kunduz during military operations, causing the deaths of 12 staff, three children and 10 patients. (Source: Xinhua News Agency)

In recent years, with excuses of human rights and counterterrorism, America has interfered with the political regimes of countries across the Middle East and has even instigated war. And yet, the U.S. has not given these countries freedom, but instead has caused disaster and ruin, creating vast numbers of refugees and homeless people. Photo: Sept. 16, 2015. Serbia. Refugees and riot police clash; the police used tear gas and high-pressure water cannons to disperse refugees. (Source: AFP/VCG)

There is no perfection in this world — there never has been. But recognizing this and helping each other to improve on human rights, while understanding and caring about one another, is the right way, not the American way of pointing fingers and criticizing others. America is not hell, but neither is it paradise. Photo: March 5, 2013. The American flag at the U.S. Guantanamo Bay Naval Base. (Source: Reuters/VCG)