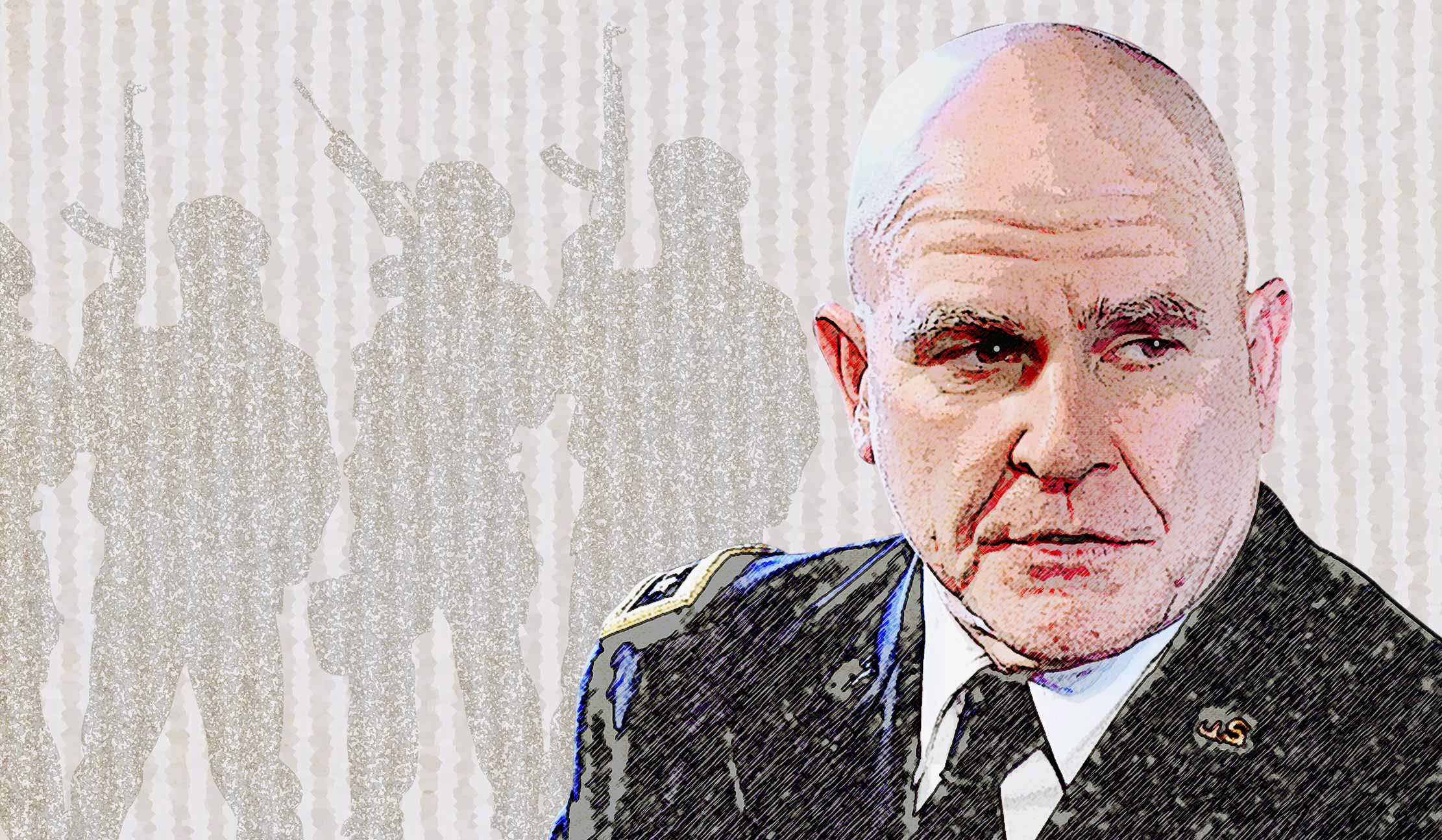 Word is that Gen. McMaster prevented Donald Trump from dismantling the Iran treaty. Is this a victory of diplomacy over muscle-flexing? Not at all.

We have read that at the end of, shall we say, a tumultuous consultation on the nuclear deal with Iran, the American president has issued the following statement: First, Iran is indeed respecting the agreement; second, Donald Trump, however, is in no way convinced that he will issue such a statement again in the future.

It is important to know that compliance with the rules of the agreement must be verified once every three months. That by itself cannot please Trump, who, during his election campaign, promised to tear up the treaty that was signed two years ago, as if it had not become international law in the meantime, and as if it did not carry the signatures of Europeans as well, who in no way intend to withdraw from the deal. After all, the treaty seems to be fulfilling its goal. In exchange for a series of sanctions being lifted, Iran has, in part suspended and in part undone its nuclear program, as well as subjected it to an unprecedented degree of international scrutiny.

What does the latest American decision teach us? Part of the lesson is that Trump can turn some very ridiculous pirouettes, but still come across as somewhat consistent. However, there is more to it.

Journalists in Washington report from several sources that, in this case, Gen. H. R. McMaster, Trump’s national security advisor, played a prominent role in preventing his president from shattering Obama’s diplomatic legacy. That could be interpreted as realism, especially since now America is being faced with a far more volatile nuclear crisis, the one with North Korea.

This is where some caution is advised, as the kind of realism McMaster espouses can lead directly to disaster. In order to understand this, it is worth reading McMaster’s book, “Dereliction of Duty” which was published 20 years ago. It describes how the United States escalated the Vietnam War under Lyndon Johnson’s administration.

In November 1963, after John F. Kennedy’s assassination, then Vice President Johnson took over as president. He immediately did everything he could to be elected president in 1964. He promised voters a comprehensive package of reforms called “The Great Society.” Not least among them was the kind of health insurance that Trump now wants to turn into a wreck.

The Great Society was Johnson’s priority. By contrast with respect to Vietnam, he was initially unwilling to take the risk of a full-blown war, but nevertheless, he gave his approval for a gradual military escalation. Johnson relied on Secretary of Defense Robert McNamara, who explained to him that gradually increasing military pressure would force North Vietnam to make concessions.

McNamara had a markedly political view of the matter: In his eyes, military action was a continuation of diplomacy by other means, which he always wanted to use sparingly. He relied on the calculations of game theory, which had yielded excellent results for him as a civilian, when he was president of Ford Motor Company. The cold-blooded manager replaced business parameters with the enemy’s body count, which he principally saw as a communication signal to the North Vietnamese leadership.

The generals, however, saw the issue differently. They thought South Vietnam was lost; that is, unless the U.S. launched a massive aerial war against North Vietnam. What followed was a game of lies and intrigues. McNamara lied to the president about the real situation and the analysis of the generals. Johnson, in turn, lied to the public about the fact that an escalated war was already underway.

Stoking the Fire of War in Afghanistan

McMaster related all of this in his book, and corroborated his account with documents. It is a serious work, but the partisanship is clear. In his view, the mistake did not consist in waging war against Vietnam, but rather in not having had the will to end it with the full power of the United States, i.e., to beat North Vietnam militarily.

Should that be called realism? On the contrary, was it not a game entailing the risk of the Soviet Union and China entering the conflict during a Cold War accompanied by nuclear weaponry no less?

Lo and behold, today McMaster is once again among those who advocate for massive military action. At any rate, that is what reliable sources in Washington report. It has been said that he wants to escalate the hopeless war in Afghanistan with 3,000 to 5,000 extra soldiers. According to The Washington Post, the Pentagon, not the White House, will supposedly determine troop strength and aircraft operations. That, too, fits the mentality that McMaster showed in “Dereliction of Duty.” His book can also be read as a critique of the primacy of politics.

There are, then, definitely disagreements in Trumpistan. They are not, as it seems, different gradations of delusion, though. They are just its different manifestations.