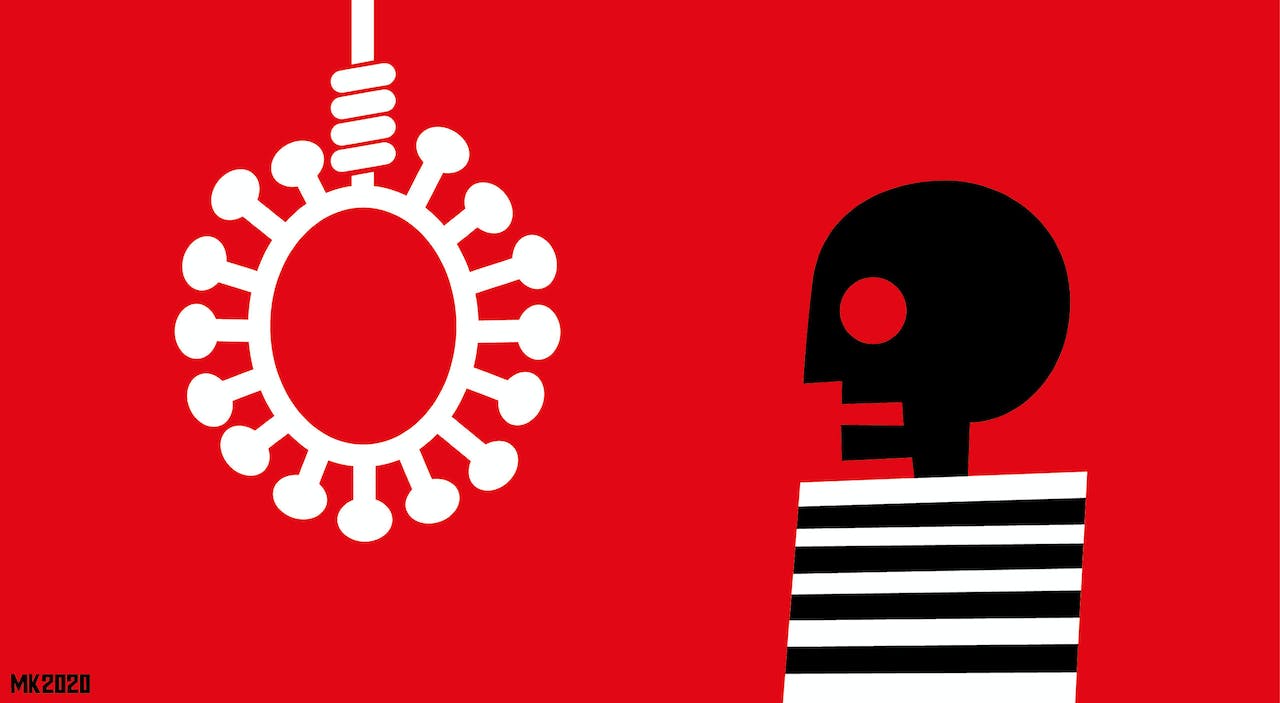 The death march of COVID-19 is leading to political choices that were unimaginable before the crisis.

They are the victims of COVID-19 who rarely make the front page. They are not interviewed live on CNN or FOX-TV. It’s a shame, because their harrowing stories speak volumes about the forward march of this vicious virus, and they say even more about how poorly prepared the United States is for this kind of devastating epidemic.

Patrick Jones, 49 years old, was the first prisoner in America to succumb to COVID-19. He served a 27-year sentence for selling cocaine. Shortly before his death, he sent, to no avail, a letter begging the judge for early release from prison in Louisiana, where he was locked up with 1,000 other men. The judge denied his request.

Jones’ life story is familiar. A boy who got few chances in life, made a mistake at a young age, got caught for drug trafficking, and was locked up for many years.

It was a time of harsh punishment. The slogan for Republicans and Democrats was “tough on crime.” President Bill Clinton signed a crime bill in 1994 with support from Sen. Joe Biden, which assured long sentences for criminals like Jones.

Clinton later regretted that, but it’s little comfort to Jones and millions of his fellow sufferers. Across the United States, more than 2 million inmates are imprisoned in correctional facilities. The term correctional should be interpreted loosely; there is no correction or preparation for reentry into normal society.

Jones did not accept his fate. He wanted to appeal the judge’s decision denying him early release. But life continued to conspire against him until the last moment. COVID-19 was his death sentence. It cut off the road to a second chance in life. After Jones, four more prisoners died of COVID-19 in the same prison.

During my time as a TV correspondent, I visited American prisons. They were intense experiences. It’s emotional to see how prisoners are forced to live packed in undersized, acrid cells, or stacked in dormitories. Maintain a 6-foot distance? Forget it. If you want to get a feeling for it, you should search Google Images for the term “American prison overcrowding.” Those packed cell blocks are heaven for the aggressive COVID-19 virus.

The U.S. prison system (which costs $80 billion a year) is one of many examples of the lack of maintenance of American society. The number of prisoners has multiplied in recent decades to more than 2 million.

How long have people protested the lengthy imprisonment of men who did something horrible in their 20s, but 25 or 30 years later are no longer the violent criminal they were back then? The chance of recidivism decreases quickly.

It took COVID-19 to bring about the release of thousands of prisoners in California, for example.

It is bittersweet that such a result is only possible because this dangerous crisis is taking place in prisons. COVID-19’s deadly advance is leading to political choices that were unimaginable before the outbreak of the virus.

A few months ago, who would have thought an invisible virus would turn the political agenda of President Donald Trump and the Republicans on its head so completely. What does “socialist” and former presidential candidate Bernie Sanders think, when Trump proudly announces that much of the hospital treatment for COVID-19 is free? That fits seamlessly into Sanders’ progressive plans. Didn’t President Trump see that as an example of harmful socialism before? Yes, but not just now.

And the massive support (the total package comes to $2 trillion!) to the poor and business owners to keep their heads above water? The Republicans didn’t want free government “handouts,” right? Suddenly it’s okay to say yes to that.

There is also a plan to spend an astronomical amount (up to another $2 trillion) to repair the ramshackle infrastructure (roads, bridges and public transportation). That’s desperately needed, but constant political trench warfare has hampered any and all progress. COVID-19 now makes the impossible possible.

The Republicans are abandoning their principles. The ideal of small government has spontaneously evaporated, as COVID-19 rudely disrupts the comfortable order of Republican power. Government is now suddenly allowed to provide emergency social assistance. What about the exploding government deficit? Eh … we’ll worry about that later.

The circle is complete: infrastructure, health care, aid for the poor and releasing prisoners. Is the complete U-turn on these issues well meant, or will the collective social mindset disappear quietly when the coronavirus crisis no longer dominates the front pages?

There are thousands of COVID-19 patients in prisons across the United States. People die every day. The fear of mass contagion, illness and death is growing steadily, and with it the chance of protest and resistance among prisoners. The panicked release of thousands of prisoners, often older and therefore vulnerable men, will not prevent that.

There is no vaccine for COVID-19. And the virus itself is not a cure for an inhumane justice system and other painful injustices in God’s own country. To cure that, you’d need a lot more political gumption.

Nice job for the next president.