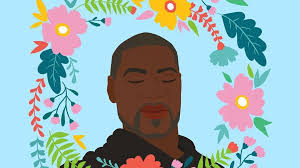 The terrible murder of George Floyd at the hands of four members of the Minneapolis police is merely the drop to spill over a glass full of permanent structural violence against the African American population in the United States of America. The protests unleashed are an expression of enormous despair in the face of constant, lifelong grievances against the African American population in that country.

According to the aforementioned study, this policy of sanctioning and imprisoning African Americans causes serious additional consequences and collateral damage. Examples include instability and ruptures among families of the incarcerated, damage to the morale of children of incarcerated people, social stigmatization and enormous difficulties in finding employment once out of prison. According to the U.S. Bureau of Labor Statistics, the unemployment rate for the African American population in the United States is double that of the white population.

The murder of Floyd, aggravated by malice and privilege, is yet another example of terrible aggression and the submission of an entire population clearly identifiable by the color of their skin.

In reality, then, there is a regime disguised as a democracy, wherein systematic oppression and domination are exerted by a significant percentage of a white racial group over another, African American one.

The motive is the preservation of a nation that fails to detach itself from the ancient practice of apartheid, now a crime against humanity according to the Rome Statute of the International Criminal Court. Which, needless to say, has not been ratified by the U.S. government.

“Injustice anywhere is a threat to justice everywhere. We are caught in an inescapable network of mutuality, tied in a single garment of destiny. Whatever affects one directly, affects all indirectly.” Martin Luther King Jr., Letter from Birmingham Jail.

Jesus Torres Gomez, professor at the International School of Law and Jurisprudence.

About Patricia Simoni 118 Articles
I began contributing to Watching America in 2009 and continue to enjoy working with its dedicated translators and editors. Latin America, where I lived and worked for over four years, is of special interest to me. Presently a retiree, I live in Morgantown, West Virginia, where I enjoy the beauty of this rural state and traditional Appalachian fiddling with friends. Working toward the mission of WA, to help those in the U.S. see ourselves as others see us, gives me a sense of purpose.