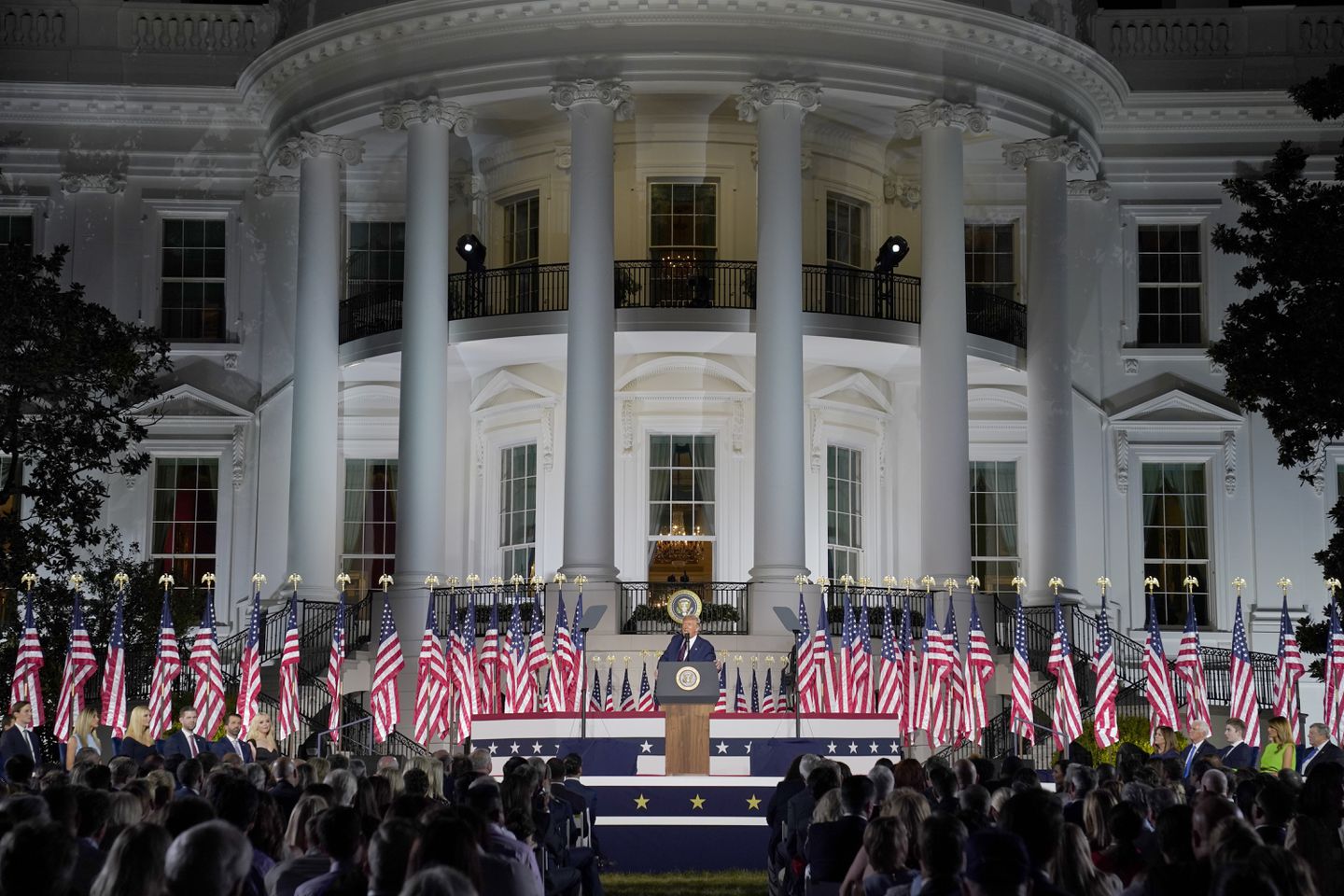 Barely skipping a beat, after Joe Biden was announced as their U.S presidential candidate at the Democratic National Convention, the Republican conclave begins today. President Donald Trump will be omnipresent at the convention, making an appearance on all four nights, with the clear objective of reversing the trend and climbing in the polls that are currently predicting his defeat in November.

The Republicans are looking to better the Democrats’ convention, which was considered a success despite the limitations of holding it virtually due to COVID-19, without an audience and with recorded speeches. Trump wants to do completely the opposite. Although it wasn’t possible to hold the large convention he wanted so he could surround himself with people, he’s looking to surprise his voters and spectators and provoke outrage from the Democrats, two traits that define his political style. Republicans have scheduled live speeches as well as appearances from citizens favored for their politics, or for being their defenders, like the St. Louis couple charged with pointing a gun at Black Lives Matter protesters from their doorway.

Republican strategists want Trump to focus on the pandemic and the economic situation, the two most pressing issues facing the country. However, it remains to be seen to what extent the president will prefer to delve into accusations he’s made over the last few days that a Biden victory would result in chaos in the U.S. because it would mean the arrival of the “radical left” to power. Trump needs an unconventional convention, one that will provoke the Democrats and mobilize his voters, particularly the white rural and suburban housewife vote, and convince the public that his administration has benefited them. So, he’ll make an appearance every day at the convention, whether to pay homage to doctors and nurses for their work against COVID-19, or to praise the work of the police. But don’t expect any self-criticism.

With physical headquarters but almost no attendees in Charlotte, North Carolina, the convention will take place in an unexpected location: the White House. Melania Trump will appear there on Tuesday, and it’s from there that the candidate will deliver his acceptance speech on Thursday. Some government experts have expressed doubts about the ethics of using federal property, like the White House, for partisan purposes, although Trump has been using the press briefing room for election rallies and to disparage his rivals for months. In 1940, President Franklin Roosevelt accepted his party’s nomination from the White House via radio.

The convention’s logo is “Honoring the Great American Story,” in an attempt to revisit the 2016 Trump campaign slogan “Make America Great Again.” This is a complex and worrying electoral time for the president. He’s coming into the Republican convention with the pandemic out of control, another of his former advisers being accused of fraud, clearly unfavorable poll numbers and, recently, harsh criticism from his own older sister. Trump is the antithesis of Biden. He has neither his empathy nor his experience, but he’s not been defeated yet. Last week the Democratic candidate promised to end Trump’s “season of darkness.” In response, the Republican candidate posed the election as one between two radically different visions for the country’s future. He appealed to what he calls the “silent majority,” reminding them that he is “the only thing standing between the American dream and anarchy, madness and chaos.”

Since 1912 only five of the 14 presidents in power haven’t secured reelection. Trump doesn’t want to add to the list, so he’s hoping the convention will be a live performance that will keep current voters mobilized and attract new ones. He won’t contemplate defeat and has no shame in announcing that he won’t accept the result if it’s tight. This week is the Republican Party’s big opportunity to reverse the trend and avoid defeat on Nov. 3.