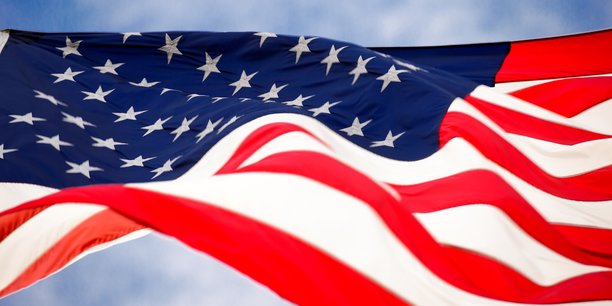 President Trump’s attorney general and 11 Republican-leaning states have sued Google. If they prevail, Apple, Donald Trump and the search engine Baidu would come out on top.

On Oct. 20, as people began voting two weeks before the U.S. presidential election, Attorney General William Barr and 11 Republican-leaning states sued Google — “the gatekeeper of the internet,” describing it as a monopoly, an accusatory term that is not surprising in a jarring political landscape. For many months, Donald Trump has been complaining openly about the precedent created by the European Commission, which condemned Google three times in a row, and fined the search engine a total of nearly 10 billion euros for abusing market dominance.

If Trump complained, surprisingly it was not to contest fines imposed on an American company, but on the contrary, for missing the opportunity to have the Treasury Department collect the fines! According to Trump, after all, if Google must be condemned to pay record fines, those should replenish the federal budget, not the budget of the European Commission! The attorney general’s lawsuit has to be placed in this context of being a more or less convincing replica of cases already decided by the European Commission and currently under investigation by the Court of Justice of the European Union.

Importantly, this complaint arises two weeks before the U.S. election. Through undisguised political exploitation of antitrust laws, Trump and 11 other Republican states thus decided to attack what he perceives as an obstacle to his reelection: collusion between digital giants and Democrats against him. As hard to believe as they may seem, these allegations nevertheless serve as the basis for a complaint two weeks ahead of a crucial election. Above all, Trump’s demagogic rhetoric is putting a dent in any legal and economic credibility the complaint may have and revealing the unfortunate populist exploitation of antitrust policies in the United States. Trump’s anti-big tech and anti-Democrat populist rhetoric corroborates the conceptual populism found in the complaint. The legal action against Google puts aside economic reasoning and any legal support in favor of unsubstantiated slogans and accusations rarely placed in context.

The attorney general’s complaint, the result of notorious political (if not populist) exploitation, is teeming with inaccuracies, gaps, lack of understanding of operating business models and shortcuts that are also found in the 450-page report published last week by the heavily Democratic House of Representatives, in which Sens. Elizabeth Warren and Bernie Sanders’ most extreme ideas are ironically reinforced by Trump’s move. Beyond the flimsiness of the economic and legal arguments, we need to dwell on three kinds of concrete success that would arise if the Trump administration prevails in the Google case.

First of all, if the Trump administration were to win against Google despite the populist and electoral exploitation of antitrust laws, this victory over Google would be Apple’s. The complaint against Google emphasizes the billions of dollars Google has paid Apple to keep Google as its default search engine for Safari, the browser used on Apple’s iPhones. The lawsuit suggests that Apple, a weak company sitting atop its hundreds of billions of dollars in market capitalization, was “forced” to accept this agreement in an attitude as passive as it is suspicious. However, this is not the case. Antitrust laws recognize the notion of buyer power, and in this case, it would be easy for Google to prove that Apple could have developed its own proprietary search engine for Safari, but that its enormous market power over smartphones allowed it to extract payments at the Google’s expense. So, far from abusing its market dominance at the expense of Apple, Google would instead be the victim of Apple’s ability to draw on its partners’ profits without having to develop solutions expected by consumers (in this case, a search engine specific to Safari).

Furthermore, it is strange to see Apple, usually committed to protecting privacy, disparage the only American search engine that protects privacy (i.e., DuckDuckGo) in favor of Google, which has notoriously made the lack of privacy protection and advertising the cornerstones of its flourishing business model. Why? According to the company, Apple clearly chose the best search engine. It avoided spending billions of dollars to develop an alternative search engine and pocketed billions of dollars for simply preinstalling Google in Safari.

In the end, condemning Google amounts to artificially rewarding Apple by intervening in an extremely competitive and innovative market. Besides, condemning Google and its free license model under Android, offered for free to smartphone manufacturers in exchange for an economic model based on advertising revenue, amounts to condemning an innovative business model that creates competition with Apple and provides purchasing power to consumers, while arbitrarily favoring the traditional model of a closed, fee-based digital ecosystem, based on Apple’s proprietary high-end pricing model. This discretionary choice not only reduces competition between models instead of promoting it, but above all, it harms consumers while offering no guarantee of better quality for services provided. Consequently, the complaint against Google provides an incredibly wide open door for Apple to monopolize the market for smartphones, thus dominating this lucrative market with no credible competitor. By defending competition through guilty and electorally-motivated selectivity, one ends up stifling it.

In that case, the Trump administration’s victory over Google would be a victory … for Trump himself! Hoping to activate his Republican state network, surfing on the populism of a rural and conservative America that opposes liberal values embodied by the digital giants located in California, Washington, D.C. and Boston, Trump has already pulled it off. Two weeks before the presidential election, the lawsuit against Google manages simultaneously to mobilize his base, define a common enemy (Google and all that Silicon Valley represents) and provide additional proof that he will go beyond the parties by granting the wishes of the most extreme left-wing Democrats. Indeed, this lawsuit is laying the ground for dismantling Google and other GAFA companies (Google, Apple, Facebook and Amazon), which is what some Republicans hope for, but mostly what many far-left sympathizers are eagerly awaiting! In a frightening copy-and-paste of the Google Android European decision of 2018, the Trump administration’s complaint seeks to recover the “easy money” extracted by antitrust lawsuits. The complaint against Google is already a success — the success of populism and of Trump’s cynicism!

Finally, the Trump administration’s complaint against Google, which seeks fines if not the dismantling the complaint suggests, is a quiet win for China, a player that is as silent as it is victorious. There are two world-class search engines in the world: Google and China’s Baidu. While Baidu already shows signs of being superior to Google in terms of artificial intelligence and, crucially, big data processing, the Trump administration’s complaint against Google turns out to be wonderful news for Baidu: Whether it is fined or dismantled, Google will be less competitive and less productive in the current hard-fought battle for data processing and the ancillary services that such efficient processing enables. Already present in the United States and aiming to get listed on the Nasdaq composite, China’s Baidu intends to enter the U.S. and European markets, using its substantial critical size as a significant competitive advantage. Far removed from our concerns about privacy protection and closely tied to Chinese communist power, Baidu represents a threat that is totally different from the threat Google might pose to our Western values. Whatever the case may be, the Trump administration’s complaint against Google can only worsen Google’s competitiveness against Baidu and hasten Baidu’s imminent arrival both in Europe and in the United States. If the Trump administration were to win its case, it would confirm a victory for China and undermine fundamental freedoms and the rule of law.

Therefore, beyond how superficial the economic and legal argument in the complaint is, if the Trump administration wins, it would represent a clear and certain victory for Google’s main competitor, Apple, for the populist and electoral exploitation of antitrust laws, and for the Chinese competitor Baidu, which can’t wait to land in Europe and the United States as soon as Google (or in this case the authorities) gives it some small opening in this extremely competitive market. The greatest losers in this upcoming show trial will most likely be consumers, innovation, the entrepreneurial spirit and trans-Atlantic cooperation. But never mind. In Trump country, all victories are good — even if these turn out to be Pyrrhic victories at everyone’s expense.

About Mireille Dedios 54 Articles
I’m an independent French translator based in the Boston area, certified by the American Translators Association (French into English). I honed my translating skills as part of the executive teams of various French and US companies, including State Street Corporation, where as a member of the Public Relations team, I tracked the news media globally and translated press releases into French. I enjoyed this work tremendously and continue to look for opportunities combining translation and news coverage, culture, history and international relations.