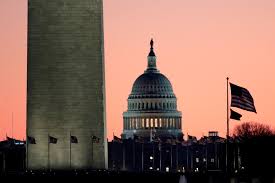 I had just arrived home from my birthday lunch on Wednesday, Jan. 6. It was about 2 p.m. in the United States, and 7 p.m. in Portugal. I turned on the television and watched live and in color a group of insurgents violently occupy the building which represents the essence of American democracy, the Capitol, in Washington, in the presence of an inert police force.

A head of state is, by definition, someone who unites a nation and represents it with dignity beyond its borders. In the case of America, then President Donald Trump encouraged and advocated public and social disorder, and consequently the chaos that culminated in the storming of the Capitol. This was all in an effort to interrupt the constitutional process of certifying the votes of a legitimate and democratic election.

A president has a duty to bring a country together and not to turn people against each other or instigate hatred. It is a crime to incite a riot, and this incident, dubbed by many as domestic terrorism, has been linked to populism simmering all over the world and which never ends well.

The presidential elections in Portugal are coming, and at a time marked by the tragic numbers of deaths and infection from the COVID-19 pandemic, we must not let ourselves be carried away by populist rhetoric that generates unrest, conflict and mistrust. The discourse may be compelling but it surely does not solve problems and, what is worse, calls the hard-earned fundamental values of democracy into question.

Thirteen days after watching the chaos and disorder that occurred on the day that the electoral votes were certified, we are now witnessing the inauguration of a President, Joe Biden and Vice President Kamala Harris, both of whom will face the difficult task of rebuilding a deeply divided America.

There is hope for the new future of the United States and for the future of Portugal as well.