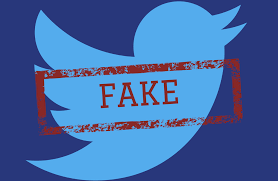 In his first book, journalist Samuel Laurent delivers a striking analysis of the abuses observed on the famous social network; a journey as exciting as it is worrying in the land of the blue bird.

Jan. 6, 2021 was a historic day for Twitter. It was the day when, overwhelmed by false information hammered home by President Donald Trump during the attack on the Capitol, the social network and its competitor, Facebook, suspended the account of the most powerful man in the world. It took spectacular initiative, which was nevertheless foreseeable for anyone interested in the abuses one has observed on these platforms.

In “I Saw the Monster Born, Will Twitter Kill Democracy?” Samuel Laurent, a reporter for Le Monde where he has long written the fact-checking column “The Decoders,” tells the story of how he witnessed the little blue bird turn into a chimera, welcoming an army of trolls into its nest. From the small microblogging site where the young journalist searched for information and the recognition of his peers, to this arena, where many ideological communities engage in fist-fights trading blows made out of more or less reliable information, and which culminated in the “Trump affair.”

Even before the excesses of the 45th president of the United States, Laurent noticed the emergence of what he calls “proto-Trumpism” on the network, where controversy became the best way to be heard. Who cares if it contradicts the facts? The problem is that this platform has become the meeting place for those who make the news: politicians, intellectuals, activists and, of course, journalists. Each is trying to attract attention to gain support, votes and visibility.

Using examples from French and international news, Laurent draws a portrait of this arena where emotion prevails over reason. It is a distorted mirror of real life where it is very easy to discard false information, and even easier if it has a whiff of scandal. Even more discouraging, he explains why countering propaganda with facts, and therefore less sensationalism, would be like trying to avert the sinking of the Titanic by bailing water with a cup. It is a lost battle that the author tried to fight until the consequences on his mental health and his personal life forced him to distance himself from the blue bird, exhausted by lies, bad faith and insults from the Twittersphere.

Laurent illustrates this phenomenon perfectly among many examples through the “case” of Mamoudou Gassama, the young Malian asylum seeker who climbed the facade of a Parisian building in 2018 to save a child suspended from a balcony. On Twitter, some users denounced this as a set-up, and tweeted about inaccurate explanations of the event (e.g., the front of the building was impossible to climb, the child was hanging on a harness, etc.).

These conspiratorial hypotheses could have ended at this microcosmic level, but as the author explains, certain personalities (journalists, polemicists and intellectuals) drew these hypotheses from Twitter before conveying their doubts about the truth of the the rescue on TV. One can find clips from these programs on Twitter which lend credibility to the arguments of the conspirators. The circle is complete.

Laurent points out the responsibility of continuous news channels, which, for economic reasons, abandon expensive field reporting in favor of debates on stage, cheaper to produce and more likely to attract an audience. A generalization of the “Grosses Têtes” format*, where social networks and the media act as mirrors reflecting each other.

This false information can have dramatic repercussions for real life. In addition to the proven consequences that “fake news” had on the American presidential election and the referendum on Brexit, Laurent evokes the case of the perpetrator of the 2019 attack on a mosque in Bayonne that left two injured. The assailant said he wanted to avenge the Notre Dame fire a few months earlier, which he believed was caused Islamists, a theory rejected in the official investigation but which was promoted with great success in the small world of online conspiracy, a place where the perpetrator of the attack was a regular participant.

Beyond these frightening observations, Laurent’s work leaves a bitter feeling of helplessness. In the wake of Trump’s excesses, social networks are now trying to alert their users about fake news. But is it their role to sort it out? Like many others, Laurent believed that this mission fell to journalists. Alas, he finally hung up the keyboard in the face of a monster grown too big.

*Translator’s note: The “Grosses Têtes” (the “Big Heads” or the “Big Brains” in English) is a humorous French radio program on the RTL radio network that deals with hard-hitting news and cultural issues, with a panel of guests who are interviewed and teased.