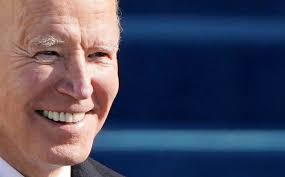 The Joe Biden method has blindsided the opposition, which no longer knows how to attack the White House. The Republicans, for sure, will have to first chart an internal course before really being able to weigh in on the debates and contemplate the midterm elections.

The Republican Party no longer really knows how to go about it. Torn between its moderates and the ever more present Trumpists, overtaken by Joe Biden’s strategy, it is awaiting a misstep by the American president that does not come, while internally, personal ambitions are gaining the upper hand over the battle of ideas.

Since Donald Trump’s departure from the White House, the “Grand Old Party” has been facing a serious identity crisis. The former president thoroughly challenged the party’s ideology, especially on immigration, control of government spending and business policy. While the midterm elections loom and candidates in the Republican primaries are now declaring themselves, there is no clearly defined program; deep divisions pit moderates and Trumpists against each other.

Add to that a president in a state of grace, buoyed up by the polls. Biden today draws a 60% favorable rating, according to polls by Morning Consult and Politico. Most of the other surveys put him at around 54%, a score that Trump never reached during the four years of his presidency. Important note: These favorable results have not faltered since he assumed office.

“We have to be better,” acknowledged South Dakota Senator John Thune, the number two Republican in the Senate. “I don’t think sometimes our messaging is as sharp as it should be because a lot of the things they’re doing are things that are popular — when you’re spending money, you’re popular,” he said.

Faced with Biden’s narrative of unity, his proposals for dialogue and his occasional concessions — notably on the minimum wage, where he has backed off in the face of opposition from Republicans and moderates in his own party — conservatives don’t have it easy and find themselves, at times, stalled.

“His tone is moderate and he’s an affable person, he’s a likeable individual and a lot of us know him, have relationships with him and it’s probably harder to attack somebody who is relatable and likeable,” Thune said in an interview with The Hill.

“I like him personally. I mean, we’ve been friends for a long time,” conceded the Republican Senate leader, Mitch McConnell, who accused him nevertheless of leading a “left-wing administration.”

On some issues, Biden’s policy making has received Republican support — support unimaginable only a few months ago. This was the case on the issue of sanctions against Russia. That didn’t stop the polemics and personal attacks, even if they are fewer in number than under Trump. And one thing remains on the Republican side: the attacks against the media. “When you have the media on your side, you can stay popular,”* said Wisconsin Senator Ron Johnson.

*Editor’s note: Although accurately translated, this quotation could not be independently verified.