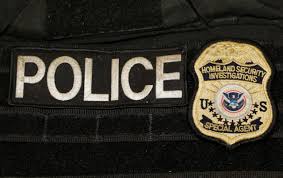 Stalled in the Senate, police reform is challenged by the inequalities that plague American society and the great complexity of its structure.

One year ago, George Floyd died, suffocated under the knee of a white police officer, in Minneapolis, Minnesota. The nine endless minutes of agony of this 46-year-old African American, filmed by a young female passerby, moved the whole planet and provoked demonstrations against police violence and racism of an unprecedented scale in the United States. While the police officer, Derek Chauvin, who was found guilty of murder by the courts, awaits his sentencing on June 25, the practices of law enforcement in the United States remain at the heart of the debate.

Floyd’s death certainly set in motion a legislative process. In the weeks that followed, a bill bearing his name was passed by the Democratic majority in the House of Representatives. It aims to limit the principle of “qualified immunity,” which allows police officers to be exonerated from responsibility for certain “blunders,” as well as to prohibit choking techniques during an arrest. But this reform remains blocked in the Senate by a Republican minority that is still reluctant to reduce the powers of the police.

At the same time, a redeeming awareness has emerged in the public. The mass mobilization of the white population is a critical element in bringing about reform and behavioral change in a country where an African American male is twice as likely to be killed by the police as his white counterpart.

On the ground, practices are beginning to change. The proliferation of police body cameras is breaking with a culture of secrecy that has long dominated. The impunity enjoyed by the perpetrators of “blunders” is no longer as systematic as before. But police reform is hampered by the complexity of a structure made up of more than 12,000 local departments, under the umbrella of thousands of federal and state agencies. In practice, police brutality continues, and Black people continue to fall under the bullets of police officers.

Not all blunders are the result of a relentless fight against serious crime. The method of intervention in cases of drug use may be disproportionate to the seriousness of the crime. There is also the question of the effectiveness of carrying out 20 million roadside checks each year. This is routine in most Western countries, but in the United States it can get out of hand at any time, especially when it involves a Black person.

A Society Marked by Racial Discrimination

Changing police practices does not depend only on continued training, better supervision or harsher penalties against bad apples. It is also a societal issue. The police are often confronted with social distress needs that exceed their ability. Nearly one-third of the 1,000 people killed each year by the police have psychological problems. Early intervention in taking care of these patients would undoubtedly avoid many tragedies.

Finally, the police operate in a society that is still marked by discrimination against Blacks. Floyd’s case, as emblematic as it is, will not be enough to change some behaviors that have been ingrained in people’s minds for generations. Nor will any law restore the long-broken trust between law enforcement and a segment of the population. It calls for some much broader soul-searching in American society.

About Mireille Dedios 66 Articles
I’m an independent French translator based in the Boston area, certified by the American Translators Association (French into English). I honed my translating skills as part of the executive teams of various French and US companies, including State Street Corporation, where as a member of the Public Relations team, I tracked the news media globally and translated press releases into French. I enjoyed this work tremendously and continue to look for opportunities combining translation and news coverage, culture, history and international relations.