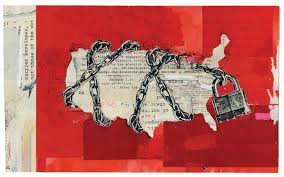 American democracy is in a fight for its very essence: the right to universal suffrage. The fact that this battle is happening before elections makes it no less significant for the impact it is having in the medium term on the confidence the country and the rest of the world have with respect to the reliability of American institutions. During the first half of this year, 18 Republican-led state legislatures passed laws aimed at suppressing the vote. Legislating in order to reduce the number of polling places, reducing the number of hours to vote, and toughening voter registration requirements can only be described as a first-rate democratic involution. To put it simply, politicians are trying to prevent people from voting.

The 2020 presidential election and, above all, the Georgia Senate race, set off alarms among Republicans. Democrats managed to flip the southern state with dependable and systematic voter mobilization in poor and Black neighborhoods in the big cities. The same dynamic is taking place in Arizona with the Mexican American vote. In just four years of Trumpism, two solidly Republican states have voted for a Democratic president and the four senators from those states are Democrats. The conclusion the Republican establishment has reached is not that it should adjust its policy, but that this increase in urban and minority vote poses an existential threat that it must stop at any cost.

Given this situation, the Biden administration took a first, very significant step by introducing a federal bill that would have provided the states with an ambitious defense of voting rights and would have made it increasingly easy for citizens to vote. The bill died on Tuesday, as soon as it breathed the toxic air on the U.S. Senate floor. Republicans blocked passage through a filibuster, which requires a 60-40 vote to end and begin debate. The Democrats’ defeat on Tuesday forces them to confront a legislative weakness, the fact that 50 seats in the Senate are not enough to pass their ambitious agenda. Thus, procedural rules are the next great battle for which Democrats are preparing to present to the public.

“This fight is far from over,” President Joe Biden promised after the Senate vote. “Our very democracy” is at stake, he added. He does not appear to be exaggerating. The fight to expand voting rights is as old as American democracy itself; it is within the framework of the fight for civil rights, and progress on behalf of voting rights is considered to be among the great moments in the history of the republic. This is one of those moments. This time, however, the challenge is not in the system’s shortcomings, but in the threat of democratic regression on the part of a Republican Party that feels disadvantaged by that progress.