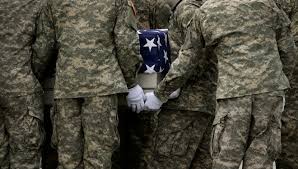 It has been 10 years since the American army has known such a disaster on Afghan territory. The attack perpetrated on Aug. 26 in Kabul in the area around the airport, costing the lives of 13 American military personnel, is already considered a profound defeat for the Biden administration.

It is no longer a withdrawal; it is a rout. It is a stain on the Biden administration that will take time to erase. A more cynical accounting might regard the killing of 13 soldiers on Aug. 26 in the suicide attack near Kabul airport as, in the end, mattering little in light of American losses in Afghanistan since 2001 — nearly 2,500 dead and tens of thousands wounded.

However, it has been 10 years since American troops have been hit so hard. But above all, the attack, attributed for the moment to Islamic State — “a complex attack” by the Pentagon’s own admission — casts a still greater shadow over a sequence of blunders, vacillation and organizational errors that must be, for Washington, the symbolic end to a series.

In reality, the attack surprised no one. As early as Aug. 24, American President Joe Biden expressed concern about the “growing risk” of a deadly response by the Islamic State group. The following day, several countries, France among them, advised their nationals to keep away from the various airport entrances. On the morning of Aug. 26, British Minister for the Armed Forces James Heappey warned of the imminence of such an attack.

We know what followed a few hours later in the afternoon. The intelligence services of various countries of the coalition were thus not taken by surprise, but in the chaos that had prevailed over several days, nothing could likely have prevented the perpetrators from carrying out their suicide mission.

Between now and Aug. 31, evacuations should be carried out, however. “And if we can find out who is associated with this, we will go after them,” warned General Kenneth F. McKenzie, commander of the United States Central Command. Biden wants to turn over a new leaf on Afghanistan without too many distressing errors. But even from a distance — via bombings, special operations or any other option — there remains a chapter for him to write, and no small one at that. To the explosions in Kabul, there is now added the beginning of a debate on the manner of cooperation initiated with the new masters of the country.

According to Politico, with the aim of facilitating their access to evacuation zones, administration officials communicated to the Taliban chiefs a series of names of American citizens and of holders of the famous “green card.” But they also included the names of Afghans who collaborated with American forces, thus putting their lives in danger.

Central Command has not totally fully confirmed nor objected to Politico’s assertions. For the moment, Republicans do not yet seem to have decided to exploit the White House’s woes head-on. The ongoing failure has, in reality, tarnished both sides and, beyond that, all of the Western powers. Singled out, the current chief of staff of the American military was named to his post … by Biden’s predecessor, Donald Trump.

About Peter Lopatin 46 Articles
After retiring from a 25+ year career in corporate and business law some years ago, I became an ESL teacher, which I continue to do part-time. I am also a published writer of short stories, poetry, essays and book reviews. My love of the French language has been a constant and I have worked to refine my command of French over the years.