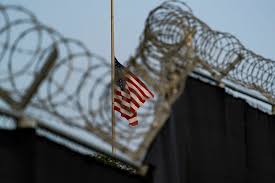 The exit from Afghanistan closes 20 years of 9/11 conflicts; the world continues to be dangerous.

Ephemera rarely give birth to anything more than an opportunity for reflection, but in 2021, the devastating attacks of Sept. 11, by political decision and some historic irony, encountered an unusual real closing of the cycle.

For the Taliban, the United States’ withdrawal from Afghanistan, clumsy as it was, crowned a defeat, constructed when a just punishment of a regime that protected terrorists turned into a permanent and diffuse war.

Fighting the threat justified a degradation of liberties which launched the world into an era of perennial conflict regarding individual inviolability: from the scissors we cannot carry onto an airplane, to data protection laws, it all goes back to the impact of that attack 20 years ago.

Included were systemic effects on the energy industry, from the farce of the Iraq War under the pretext of the war on terror.

These were tendencies that probably would have materialized in one form or another, but facts as to what day and hour in history mark such transitions are rare.

The wars of Sept. 11 had an enormous cost. About 800,000 lives in all of the countries involved, more than $8 trillion measurable in direct American expenditures alone, according to a study by Brown University.

In the geopolitical rearview mirror, the offensive was disastrous for Washington. While they grappled in a fight for which they had not been prepared, the forces of the largest military in history saw shadows swelling.

China’s ascension to being the United States’ No. 1 strategic threat, in the words of President Joe Biden, has not gone unnoticed.

But the disengagement of power applied in Afghanistan in favor of an Asian containment program revolving around allies such as Japan, India and Australia, as proposed by Barack Obama in 2011, is just now beginning.

In Europe, Russia’s military prominence is a daily fear, with the potential to turn into a global problem if the relationship between China and Russia deepens.

Biden tries to operate with realism, abandoning the conceit of a “just war,” created when the enemies were Nazis, and applied at the pleasure of the West in interventions since the 1990s.

The USA seeks to redefine the idea of war, leaving the term to describe a conflict between powers. In the meantime, it will continue to attack terrorists and adversaries, and these will remain part of the landscape. The world continues to be a dangerous place, perhaps even more so.

*Editor’s note: The original Portuguese version of this article is available with a paid subscription.