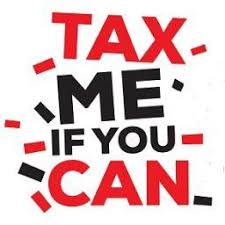 Joe Biden wants to make the United States more socialized. However, Republicans and right-wing Democrats are putting up resistance. The wealthy have a symbolic seat at the table, as at the Met Gala.

The Metropolitan Museum’s annual gala, which took place last week, is the largest social event in New York. A single ticket costs about $35,000 and sponsors pay up to $300,000 for a table. The guests include celebrities like the reality TV Kardashians, Hollywood stars like Jennifer Lopez and supermodels like Valentina Sampaio. However, one elected representative made big headlines this year. Alexandria Ocasio-Cortez, known by the abbreviation AOC, marched down the red carpet dressed in a radiant white ball gown that read “Tax the Rich” in bright red letters.

Her fans, including my 14-year-old son, applauded Ocasio-Cortez’s political publicity stunt. “Tax the rich:” The self-described democratic socialist brought this message directly to the wealthy. It looks like it will remain an empty threat. The promise was to make the country’s wealthy pay more, one of the Democrats’ most important campaign promises — one of Biden’s as well. The plan is well received by the majority of U.S. voters, polls show.

Biden had promised to reverse a trend that started 40 years ago with Ronald Reagan’s “revolution.” Reagan vilified the government and the taxes that fund it. Taxes hindered growth and prosperity, and dampened entrepreneurship and worker morale. Freed from this burden, the economy would flourish and thus make up for the shortfall in federal revenue.

This supply-side magic proved to be an illusion. But this hasn’t stopped Republicans and moderate Democrats from trying the trick up to the present day. The tax cuts implemented by George W. Bush and eventually Donald Trump turned the United States into a tax haven for corporations and billionaires that made the Swiss green with envy. In June, there was an outcry after ProPublica, a journalistic NGO, analyzed the tax returns of wealthy Americans that had been leaked to the reporters there. According to the analysis, the richest paid just 15% in taxes to the federal government between 2014 and 2018.

Amazon founder Jeff Bezos, the richest man in the world (currently worth $200 billion according to Forbes magazine), even received a tax credit for his children.

Recently, while billionaires were taking joyrides in space, Elizabeth Warren was outraged that normal Americans can no longer pay for child care and that bridges and roads in the country are falling apart. “The billionaires say ‘that’s your problem’ and not theirs. That’s fundamentally wrong.”

‘Middle Class’ with a $5 Million Income

The senator is touching on a sore point. Biden can implement his $3.5 trillion plan to invest in infrastructure and the country’s nearly unraveled social safety net only if he can show a corresponding plan to finance it. That’s because the Democrats have a slight majority in the House of Representatives, but in the Senate they reach only the slightest majority with Vice President Kamala Harris’ vote. Therefore, the proposed legislation has to be passed in the Senate via the reconciliation procedure, which requires only a simple majority.

However, this procedure can be applied only if there is a plan to finance the expenditures planned in the new bill. Should even one of the party’s senators vote against it or abstain, then the plan will never make it to the president’s desk for signing. Moderate Democrats like West Virginia’s Joe Manchin have already threatened to break away. However, other Democrats of the moderate wing are also hesitant.

Mitch McConnell, the Republican minority leader in the Senate, who once helped decisively push Trump’s tax cut gift through Congress, stated he prays every night that the moderate Democrats remain steadfast against the taxation of the rich. Perhaps he should take a cue from Ocasio-Cortez and have himself recorded while praying in pajamas that read “Pray for the Rich.”

It looks like McConnell won’t need to call upon any higher powers. The Democrats are already dismantling their own push. It’s a “humiliating climbdown” for Biden’s team, a Wall Street analyst told the Financial Times.

Instead of a wealth tax, there will probably only be a 3% increase to the income tax for incomes of over $5 million, if anything. The capital gains tax, which Biden originally wanted to raise from 20% to almost 40%, might now only be raised to 25%. As for the proposal to tax gains from assets and property upon the death of the testator, thus at least slowing down the formation of dynasties? It’s basically off the table.

The Wealthy Have a Seat at the Table

Democratic lawmakers from the country’s rural center fear that measures could be implemented such that farmers and small business owners are made to pay instead of the wealthy. And the representatives from the districts that belong to the wealthy suburbs around New York want to undo Trump’s only progressive measure: The president they disliked had greatly limited the ability to deduct local taxes when calculating taxes to the federal government. This amounted to a tax hike for wealthy households in coastal states. This no longer affects Trump himself, who moved to income-tax-free Florida.

One would think that the reversal of this measure would be ideologically difficult to justify for the “tax the rich” Democrats. However, New York senator and friend to Wall Street Chuck Schumer called it “relief for the middle class.”* I guess it just depends on where one places the middle. At the Met Gala, Ocasio-Cortez sat with her “Tax the Rich” chic at the table of Anna Wintour, formerly the chief editor of Vogue. She turned the Met Gala into a society event. To the unstylish masses, Wintour may have appeared to be the inspiration for the hit movie “The Devil Wears Prada.”

She proved to be an important fundraiser for the Democrats among the rich and beautiful. She was so good at this that Barack Obama even considered naming her the U.S. ambassador to Paris after his successful reelection in 2012. She would have been a truly worthy representative of the wealthy of the United States.

*Editor’s note: Although accurately translated, this quotation could not be independently verified.