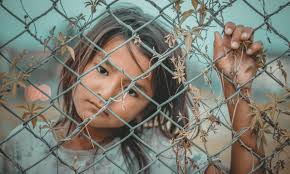 Starting next Monday, people from South America who have entered the United States illegally will be sent back to Mexico. The Biden administration is using laws previously imposed by Donald Trump.

Contrary to what most analysts assumed, Joe Biden is following the same agenda as the previous administration led by Republican President Donald Trump. That has been the case concerning relations with China and the acceptance of the so-called Abraham Accords. And now it’s Mexico’s turn.

After reaching an agreement with the Mexican government, the United States will begin to return people from Latin America seeking asylum in the U.S. to Mexico on Dec. 6, where they will be forced to wait while their cases are evaluated.

Biden is preserving Trump’s ‘Remain in Mexico’ policy and will expose thousands of people to the difficult conditions in the violent border towns, where immigrants are a target of organized criminal gangs who specialize in rape, robbery, extortion and kidnapping.

The U.S. government has pledged to improve the system to allow for legal representation of asylum seekers and address their claims within six months from the time applicants return to Mexico. The Mexican government says that U.S. authorities have heeded concerns about funding shelters, protecting the most vulnerable groups and providing access to medical tests and vaccines against COVID-19.

It should be recalled that Biden campaigned on the need to provide a friendlier U.S. immigration policy. However, since he’s been in office, he has effectively retained Title 42, a provision that is part of the U.S. public health and welfare laws (specifically, Section 265 of Title 42), which the Trump administration invoked to close the Mexican border.

The American Immigration Council reported that “the Biden administration has continued using this provision, and over 1.2 million expulsions have been carried out since the pandemic began” through mid-October.

“Despite the Centers for Disease Control and Prevention’s claim that this order was necessary to protect the United States from a public health perspective, reporting has shown that the origin of this policy came from the U.S. Department of Homeland Security and the Trump White House,” the immigration council said.

In August, a federal judge ordered the U.S. to resume the Remain in Mexico program – a decision the Biden administration is appealing. However, critics of measures taken by the previous administration claim that the new president could have ended the impact of Title 42 simply by ordering authorities to stop applying it.