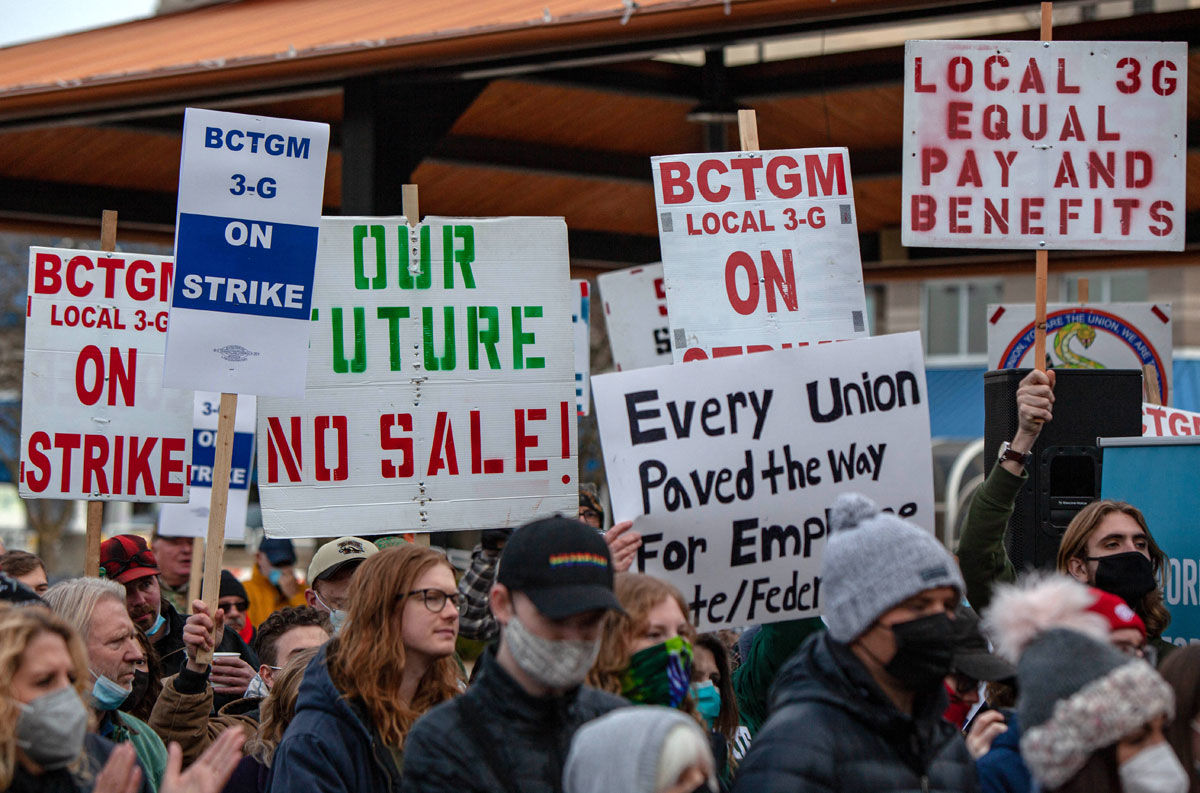 The initial impression was that, all of a sudden, every self-help book, all the mindfulness, the yoga and meditation had worked. That in November 2021, 4.1 million Americans (1 million more than in 2020) had become hippies, crowded Route 66 to copy Jack Kerouac and traded the Walmart employee uniform for a hand-dyed tunic. Something had erupted, something that the press, some politicians and many Europeans branded with a beautiful, epic and definitive name in their social media posts: the Great Resignation.

They told us that lockdowns and COVID-19 had enabled Americans to reflect on the meaning of their lives, that they had reached a greater awareness of their finite nature, and that this had led them to leave their alienating and underpaid jobs because they had realized that you only live once, that you only have one mother and that getting up earlier doesn’t make the sun rise sooner. There were those who even looked for a more profound and positive term and used the Great “Rethinking” or the Great Reflection.

In other countries — where work flexibility is not the same as in the United States and the unemployment level is high, so to speak — we witnessed it with some level of embarrassment, with a “Look at the level of awareness those Yankees have. They have the guts to quit their crappy jobs.” But something seemed grating from the beginning. That concept, disguised as resilience, deep down is the same thing as the conventional line, “Suffering leads to happiness,” so deeply rooted in a misreading of some monotheistic religions. Apparently, it was a notion used by some to justify the disastrous consequences of lockdowns, fear, restrictions and more mundane matters, such as children who didn’t have school that someone had to take care of and seniors having to move back with their children because retirement homes had become a ticking time bomb.

After that first red flag, reality started to emerge, voices that went beyond the headlines about Americans having woken up to a new cosmic awareness. Those voices were high-pitched and less seductive, hysterical, according to some, and brought to the table far uglier issues. Indeed, lockdowns, working from home and free time caused people to have more time to think and, in many cases, caused them to quit jobs with two-hour-long commutes each way in favor of working remotely.

In a country where social welfare is minimal, the fact that a salary was established for those who lost or quit their jobs (the famous CARES Act) also had an impact. In other words, the leap was not in the dark; there was financial assistance. But that matter of time and money, which Emma Álvarez Cronin developed so well in the pages of this newspaper, came to naught when one looked at who had quit. Women, it turns out. And the fact is that, according to a recent Los Angeles Times article quoting the Seramount consulting agency (devoted to work inclusion matters), one-third of working mothers have quit their jobs during the pandemic or have spent months planning to do so. This represents about 8 million workers. And according to the U.S. Bureau of Labor Statistics, women’s participation rate in the labor force is the lowest that has been seen in the last 30 years.

And all of this is not because women are pure spirits with a grander vision of life. No, this is simply because during this time schools have been closed and the Great Resignation explosion has coincided with the moment when people have to go back to in-person work, but schools are not yet providing in-person learning. There was not much to investigate either, for the highest resignations have taken place in the hospitality and health care areas, both mostly staffed by women.

The discovery implies a certain selfish relief: It is not that some of us have not grasped the transformative significance of the pandemic, no, but it reveals two unsettling aspects. On the one hand, the power of half truths that bear epic names (the Great Resignation, the Great Reset, the New Normal) attempting to explain matters that are objectively harmful in a positive way. And on the other hand, that lack of attention toward what is going on inside the home, regarding women. The fact that it has taken months to find or unearth the key to why the Great Resignation took place is very telling. Perhaps this will make all of those concepts beginning with the word “Great” start to focus on the small things and make us realize that the Great Resignation is the sum of thousands of little resignations by us women, as usual.