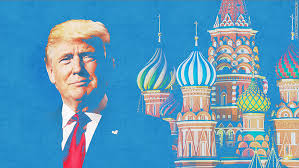 In Russian politics, a person with Trump’s background would be doomed to failure.
When confronted with important everyday issues, Americans must now decide whether or not to interact with people that are substantially frustrated with current political realities.

It seems the problem here is the fabled American exceptionalism, which is playing a cruel joke on the American people.

<i>Opinion: According to Americans, any TV president would be better than Barack Obama, criminal or not.</i> Americans prefer fictional presidents to their real one, Barack Obama. Of those surveyed for a Reuters-Ipsos poll, 57 percent indicated that they would be supportive if Frank Underwood, president in “House [Read more]