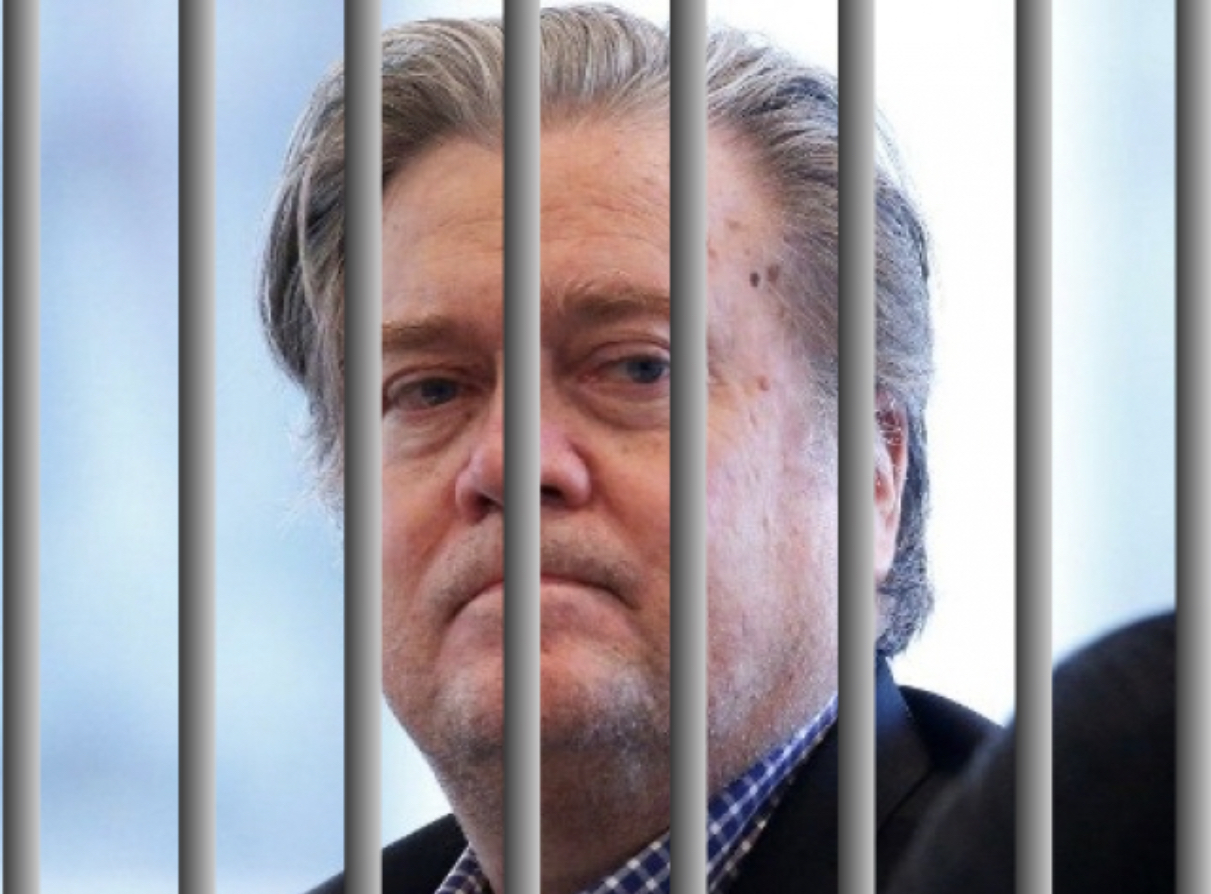 Donald Trump’s former strategic adviser, once an icon among certain members of the European radical right, is now facing prison for embezzlement. A symbolic descent into hell.

Who would have believed it? They called him revolutionary and, as the architect of Donald Trump’s electoral victory and his “eminence grise,” he was believed to be a genius strategist. We feared the influence he had on European populist movements but although he was the subject of many a fantasy during these troubled political times in Europe, in the end, Steve Bannon was probably nothing more than a con artist.

The stardom of the former guru of the American “alt-right” had been diminishing lately. It was nonexistent by Thursday, Aug. 20 in a New York courtroom where Bannon, 66, was indicted for embezzlement after being arrested on the yacht of an exiled Chinese billionaire. He was released on $5 million bail (4.24 million euros) under judicial supervision and faces jail time if convicted.

The irony of the indictment has not escaped anyone in Washington, where Trump’s ex-campaign chief, who became his strategic adviser, was the team’s black sheep. Bannon and his three sidekicks, being prosecuted in the same case, are accused of having embezzled money collected from the public to finance the construction of the famous anti-immigration wall on the Mexican border.

Building this wall was one of Trump’s big promises during his presidential campaign in 2016. He said Mexico would pay for the wall knowing very well that it would not. When Congress refused to vote for the necessary funds, Trump’s supporters called upon the generosity of voters by launching the “We Build the Wall” campaign. With around 500,000 donors, the association quickly raised more than $25 million, less than half of which, according to the prosecution, was used for building two wall sections in Texas and New Mexico. The rest was used for private purposes; Bannon allegedly had $1 million for his personal expenses.

Many American commentators see a symbol of Trump’s presidency and its broken promises in this ending. Meanwhile, the message behind Trump’s slogan “Make America Great Again” is coming apart as the election nears due to the COVID-19 crisis. Bannon, a promoter of “alternative facts” in a media era where the truth has been manipulated, has joined the cohort of friends or former friends of the president who are now in trouble with the law. Trump greeted the news of his indictment by stating coldly that he hadn’t seen him in a long time; the strategic adviser had been removed from the White House after seven months.

Bannon then set his sights on the radical European right. He wanted to unify it in a great movement that would bring down the European Union during the European elections back in May 2019. The right leaning populist and nationalist movements “are going to win,” he predicted. Some, like Marion Maréchal (formerly Le Pen) and Marine Le Pen, who celebrated Bannon’s “informative and inspiring” speech at the National Front Convention, to which she had invited him in 2018, believed that therein lies the recipe for the Trump model that could be replicated. But Europe is not America. Viktor Orban of Hungary and Matteo Salvini of Italy were content enough with just meeting him. German and Scandinavian extremists found him to be too blasphemous. Bannon may have repackaged his “exciting” myths, but he was quickly forgotten.