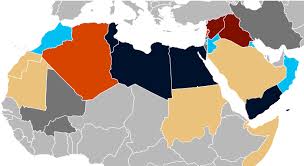 We must fight Islamic terrorism up close and take responsibility for its threat, after deciding against confronting it. No one wants wars on their own land; they only want victories.

Two decades after the 9/11 attacks — a declaration of war on the free world designed to kill thousands and to overwhelm everyone else — Western society has learned to live in fear of terrorism, to the point of normalizing it as though it were just another ingredient of public life. During these two decades, we have been shaken by global crises that are even more serious in size and consequence: the financial crisis of 2008, which caused the biggest recession since the last century, and the crisis caused by the pandemic, which is still unresolved.

If anything changed in the world on 9/11, still viewed as the beginning of a new era, it was in the sense of preparing the West to give up any certainty and to accept shock — in all its terrible forms — as the currency of the new century. Two decades later, the fall of the twin towers cannot compete with the universal panic generated last year by COVID-19, paralyzing the planet and leaving death in its wake, the toll of which may never be known.

The fact that the U.S., wounded by the terror strike of 9/11, even more damaging than the attack on Pearl Harbor, responded immediately with a military offensive in the Middle East — with a “No to the War,” non-supportive, sectarian response to a shared threat from around the developed world — enters into the mechanics of the conflicts from the last century.

Looking back now, the error was in a traditional response — a land invasion with air support — to an unconventional war, like those waged by Islamists at every front since that time.

Osama bin Laden’s execution — through an equally invasive, secret operation in Pakistan’s territory — or the surgical strikes with which the U.S. has in recent months killed figures of such criminal stature as Qassem Soleimani, major general of Iran’s Islamic Revolutionary Guard Corps, pave the way for a war that is still active in other ways.

The failure of the democratizing process in Afghanistan shows the complexity of subduing deep-rooted, traditional Islam, already observed in the Arab Spring and throughout North Africa and much of the Middle East, in its resistance to any civilizing tension and in its return to tyranny. This is often with the assistance of the West, with its ample experience in searching for allies among the Gulf theocracies and in supporting authoritarian regimes, which when compared to the threat of terrorism, represent the lesser evil — with no other ethics than that of common benefit and shared calm.

Getting along with the Taliban while drones target their leaders — as the U.S. did long before Joe Biden’s arrival — might be more effective and profitable than maintaining an unsustainable protectorate without external aid for decades, as in the Sahel. The war against terror is not happening today in Afghanistan, but in Paris, London or Madrid, and it is those in intelligence services and security forces who must fight it on the ground.

The challenge facing the free world consists of securing its territory while allowing the terror production centers, again with Taliban license, to resume their activity and export their violence. It won’t be easy. The U.S. is withdrawing, maybe forever, and Europe doesn’t even have measures to meet NATO’s self-defense standards. China and Russia remain to take advantage of any element that weakens the West, as does Islamic terrorism, against which we must fight up close, after deciding against confronting it. No one wants wars on their own land; they only want victories.