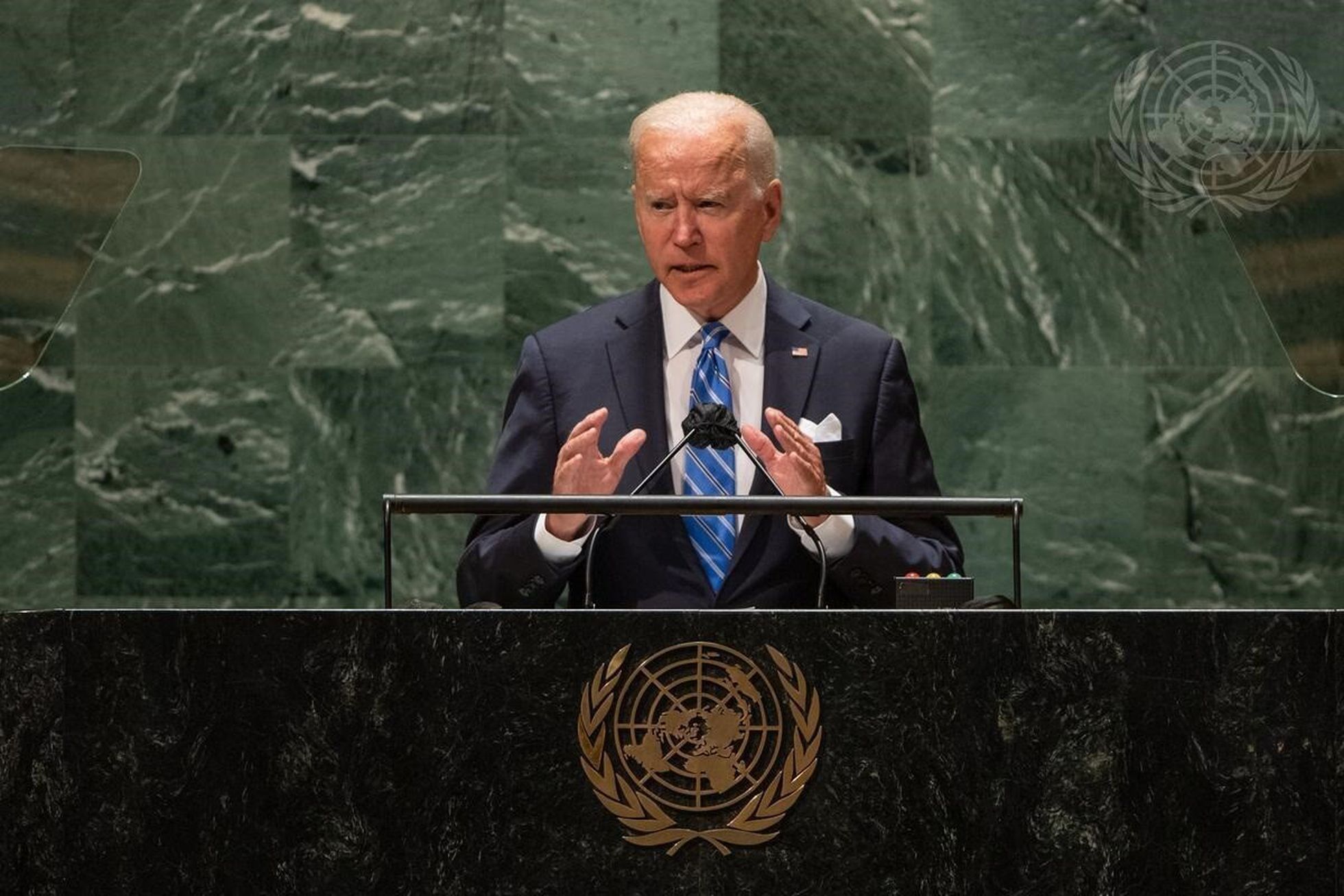 Biden’s well-spoken remarks to the U.N. General Assembly say one thing, but his actions say another.

It should have been a turning point. After four years of Donald Trump’s terrible America First policy, now was the moment for the Democratic president to show that “America is back” — that is, multilateralism, diplomacy, international compromise and alliances. That is not the case. Joe Biden’s well-spoken remarks before the U.N. General Assembly predictably said one thing, but his latest actions say another.

The comparison to Trump stings, especially for France, its oldest ally and friend. The reason why France is so perturbed is not just the theft of a great shipbuilding contract, but because of the deception and contempt of secret diplomacy conducted again among countries bound by trans-Atlantic ties for 70 years and by a defensive NATO alliance considered the most successful in history.

Biden has already called Emmanuel Macron and promised to put things right. He told him that the United States cannot do without France and the EU as part of its strategy for the Indo-Pacific region. We shall see. At the moment, nobody can ignore the distrust that led to a horrified White House: Biden behaved like Trump, but without Twitter. The multilateralism he referred to in his speech does not correspond to the unilateral withdrawal from Afghanistan or to the denigration of NATO thanks to AUKUS, the new Indo-Pacific alliance with Australia and the United Kingdom. The now infamous images of Haitian immigrants pursued by guards on horseback at the Texas-Mexico border do not reflect Biden’s words, either. Nor does the massacre of innocent Afghan civilians killed by a U.S. drone, a mistake the Defense Department finally acknowledged.

There is a lack of credibility by those who are stepping up to the podium at the United Nations. It is almost indirectly proportional to their power. Biden and Xi Jinping, leaders with the most power, say that they do not want a cold war. Jair Bolsonaro assures people that his country will be a leader in the fight against climate change. It is easier to believe the somber words of U.N. Secretary-General António Guterres, who lacks such power or influence, when he describes how we are on “the verge of the abyss.”

Unlike Biden and Xi, Guterres sees a world threatened and divided by two opposing models of economic, business, financial and technological rules, two different approaches to artificial intelligence and finally, two different military and geopolitical strategies. The greatest evidence of this divide is how the world has handled COVID-19 vaccines, as shown by the scandal in Africa, where only 10% of the population has received a first dose. Meanwhile, in rich countries, stored vaccines are expiring and preparations are being made to administer booster shots.

The perspective of the U.N. secretary-general is indisputable: “This is a moral indictment of the state of our world. It is an obscenity.”

About Elizabeth Gardiner 21 Articles
I'm a native English speaker with a degree in German and Spanish Linguistic Studies from the University of Southampton. Though I have experience translating medical and pharmaceutical texts, I love the challenge of dealing with opinion pieces, so am very happy to be part of Watching America to continue developing that interest! Aside from languages my passions include salsa dancing and volunteering for Girlguiding.